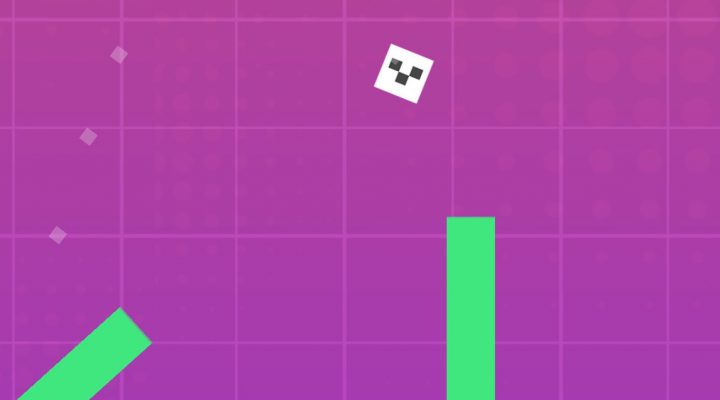 Bouncing decapitated heads on sticks sounds more like an ancient barbarian ritual than a description of a mobile game. But, alas, here we are, staring at Creep Shock, a new mobile game from Tastypill.

In Creep Shock, players are tasked with bouncing a decapitated head from stick to stick, executing each jump with painful perfection in order to land the square head onto the next stick without overshooting or undershooting your target.

It’s one of those games that you’ll either spend an embarrassingly long amount of time playing, or simply give up after the first few minutes.

The twist is that as the head lands on each stick, it unbalances the stick and causes it to sway forward a bit. Think of the sticks like dominoes. Players must hop off the stick before it falls over completely or they will slide off the edge and fall into the abyss. To further complicate things, the sticks in Creep Shock are arranged in a staggered formation, so some are higher or lower than others; this means that sometimes players will need to time their jumps just right in order to get the trajectory down perfectly.

If you’re a physics major, I’m sure the graph lines in the background can serve to help you formulate some mathematical equation about trajectory and inertia and some-other-physics-word-they-don’t-teach-us-English-majors. But if you’re not, then at least the graph lines make for a pretty background for your unending failed attempts.

Creep Shock is out now for iOS and Android devices.