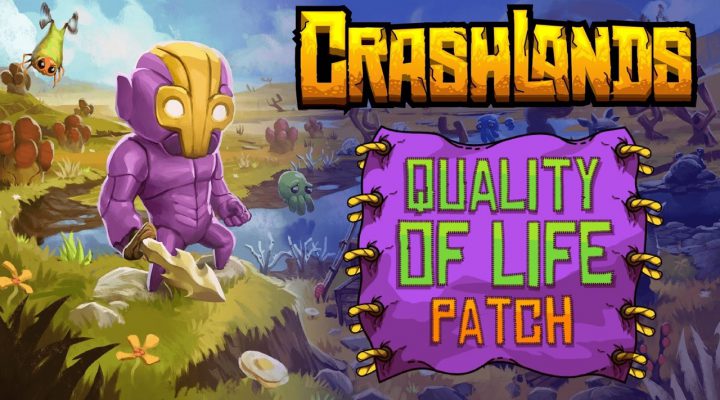 It is safe to say that when 2016 comes to a close, Crashlands will be one of the first games we speak of when we discuss the best games of the year. We really, really liked Crashlands.

Now, three months following the game’s release, Butterscotch Shenanigans announced and released a new update for the game called ‘Quality of Life.’ In it are a handful of content additions, bug fixes, and overall game improvements.

With the addition of the new patch, players can now craft objects like Gogos, little gravel paths that scoot players around like they’re on a conveyor belt, and Pot Slappers, which automatically slap every plant pot surrounding it when triggered. Also included in the patch are new flooring options, a colorblind mode, a rescalable user-interface, a movable hotbar, and more graphics settings to tinker with.

There are two additional updates, which in my opinion are the real winners of the patch: an improved recipe tracker, and an updated world map. Now players can easily keep track of what items are needed for a recipe, and they can also track where NPCs are located throughout the world while easily zooming and panning around.

You can checkout the full patch notes on the Google Doc that Butterscotch Shenanigans keeps updated, or for a more visually appealing experience, visit their website for a more in-depth rundown.