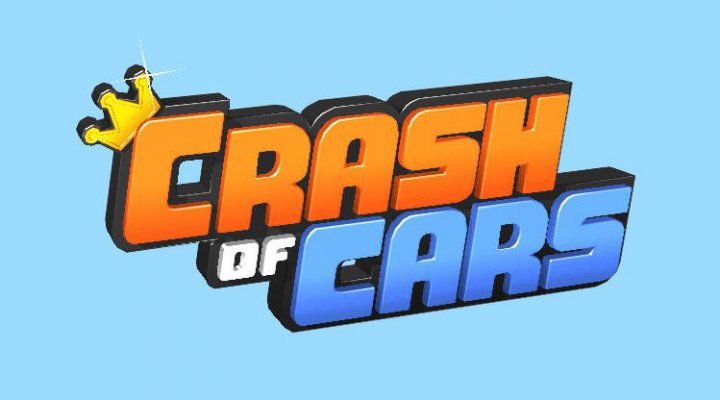 Crash of Cars’ global launch was only two weeks ago, and yet developer Not Doppler has already started making balance tweaks and adding vehicles to the generously packed garage. Their first content update came out this week, and it brings with it a surprising amount of changes—almost all of them positive, in our crash-happy opinion.

To begin with, five new vehicles have been added to the roster of unlockables, bringing the current total up to 37. The most notable addition is the Epic Dragon, which is the first vehicle we’ve desperately wanted for style points alone. The Dragon looks like a sleek festival float that snakes around, just barely hovering above the ground as it drives. It comes with a special power, like most Epic or Legendary vehicles: it adds fuel to the Flamethrower, allowing it to run longer without fizzling out. The Rare Pod Car is the other stylish addition, looking like a Tron racer for the future. For Pirate Ship fans, there’s a smaller, Rare version called the Fortune Boat, which doesn’t offer the same 360-degree cannon bonus as its big brother but is easier to come across in the gacha machine. 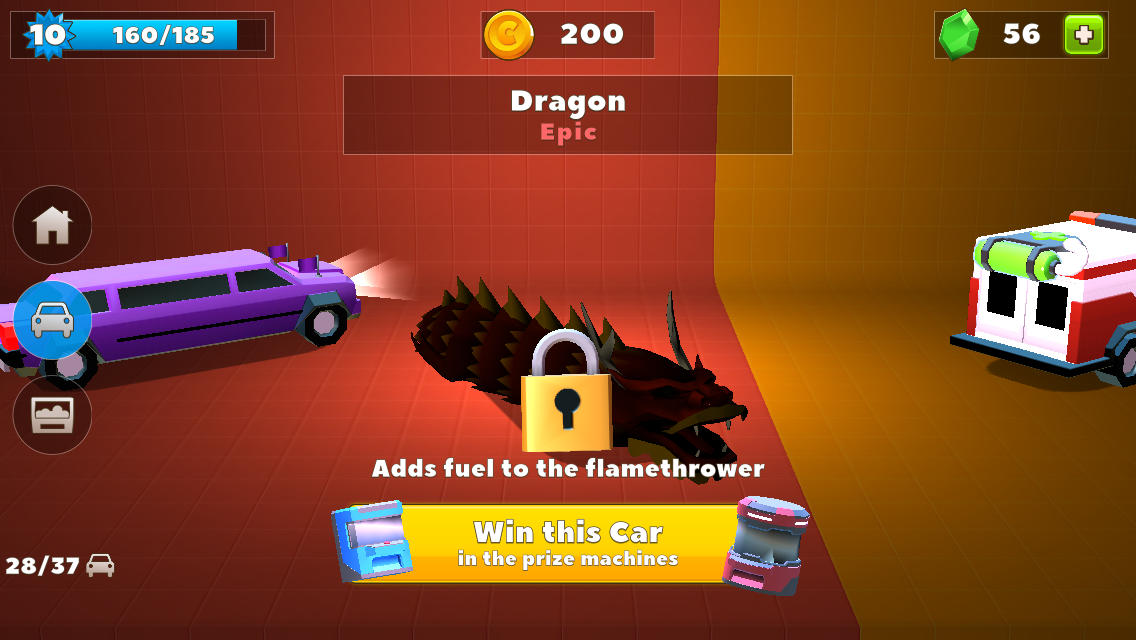 A new map has also been added: Fortune Harbor. Unlike the mostly rural settings of the other maps like Gorge and—obviously—Moon, Fortune Harbor takes place in a nighttime metropolis lined with tall buildings and city streets. Multi-leveled ramps allow you to jump over small ponds and onto upper platforms inaccessible any other way, and red lanterns are strung across the sidewalks, making it difficult to tell the difference between scenery and land mines. There are a lot of structures strewn about, creating twisty roads that are ideal for both dodging enemies and ambushing them.

Besides the new content, Not Doppler has also adjusted some of the existing vehicles and items. Heavy vehicles now turn slightly quicker, drift cars have increased acceleration, and the Pirate Ship is faster all around. The 30-second automatic Health drop from the Ambulance now lands in front of the vehicle instead of behind it; this makes sense, as previously the Ambulance was basically just a Health donation center for nearby opponents. 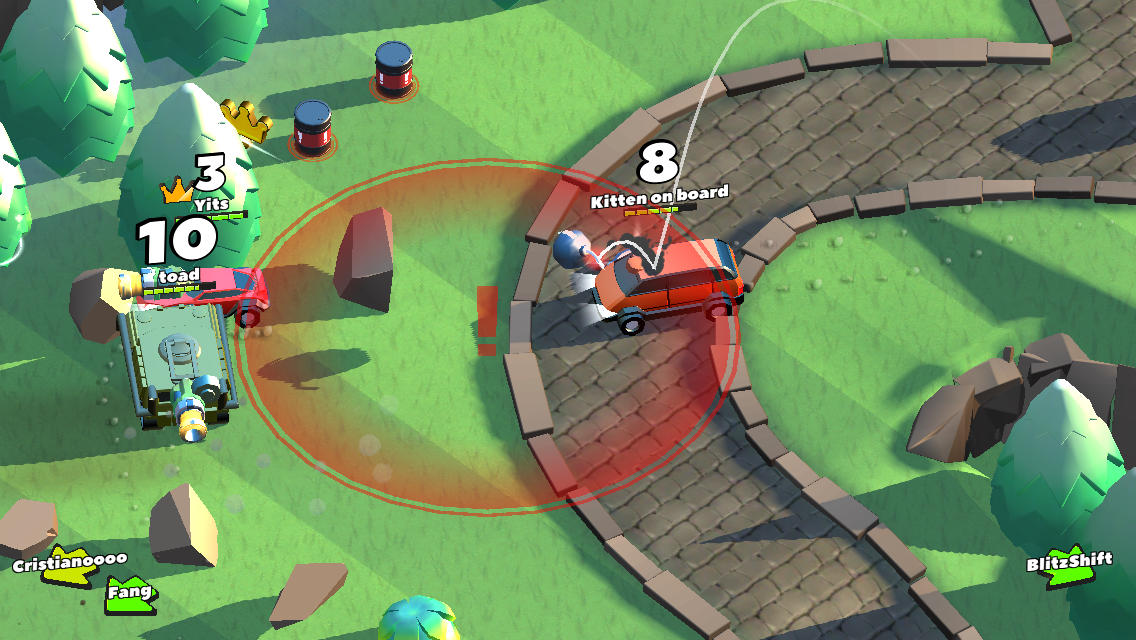 Item-wise, the Trebuchet has been adjusted to target in front of the player deploying it. Its radius is much larger and it detonates faster, making it a much more viable weapon. Previously it was no challenge at all to drive out of the target zone, even in a slow vehicle. Now, if you’re near the center of the circle when it appears, it’s an extremely tight escape even in Speed. Land Mines deploy faster and will blow up mid-air if they land on someone. This means they can actually be used to fend off attackers that are right on your bumper. Land Mines used to fly into the air and take a second to land—during this airborne phase they were not active. We’ve now successfully dropped Land Mines on pursuers multiple times and watched them explode almost immediately each time. It’s very satisfying, but it also means you need to be careful of following too close to an opponent with Land Mines currently equipped.

Finally, the Flamethrower has been nerfed. This was probably our biggest request in terms of balance, and we’re happy to see Not Doppler has addressed it in the very first update. The Flamethrower used to run for nearly 13 seconds once activated; this time has been cut closer to nine seconds. If you want the longer duration of heat, you’ll need to use the Dragon with its Flamethrower boost. Honestly, the Flamethrower is still devastating even with the reduced time, and nine seconds is still long enough to drop most vehicles from full health. But at least now you can Land Mine a pursuing Flamethrower-er. 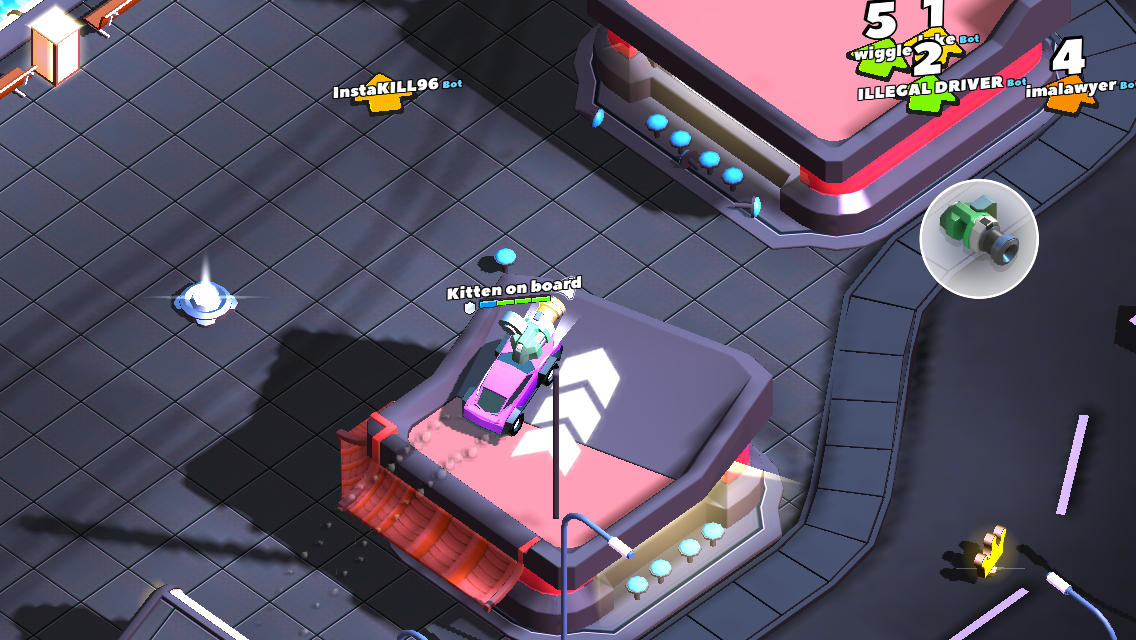 All of these additions and changes are part of the free update, but fans with money to burn can now purchase the Golden Dragon pack for $14.99. This includes the Dragon vehicle and the Gold skin. Technically, in the game’s economy, this is a decent deal since the Gold skin costs 400 gems to purchase outright and buying 600 gems (enough to buy the Gold skin and two attempts at Dragon in the Epic lottery) runs $19.99. But you can (slowly) earn gems in-game, and the vehicle machine spits out Epic and even Legendary cars fairly regularly, so $14.99 feels a bit high. But that Dragon is slowly hypnotizing us into pushing that “buy” button with its mesmerizing sleekness, so we’re in no place to give advice.

The Crash of Cars update with five new vehicles, the Fortune Harbor map, and plenty of balance tweaks is out now on iOS and coming soon to Android.

Love You To Bits Reaches its Conclusion in Final Update