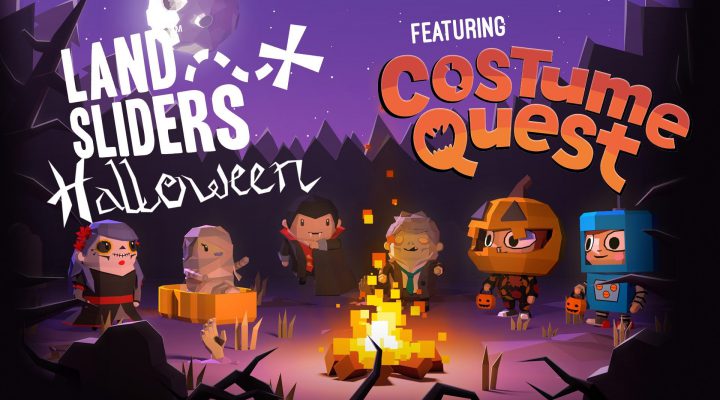 Land Sliders launched only a few short weeks ago, packed with unlockables, challenges, and even real life globe-trotting puzzles that have given players plenty to see, do, and slide into. Now, with Halloween just around the corner, the game’s first content update is celebrating all things spooky by adding even more characters to an already plentiful cast.

Six new playable explorers have been added, bringing the total up to 56. (Technically, 112 if these newbies also come in the gold variety that randomly drop from the blind box lottery.) All of the newcomers are Halloween-themed: Zombie, Ms. Calavera, Sarcophagus, Wren and Reynold (from Costume Quest), and Vampire. The first five are winnable by paying 100 gold for a blind box, or buying them outright for 99 cents apiece. Vampire can be earned by smashing jack-o-lanterns scattered about the other new characters’ levels. 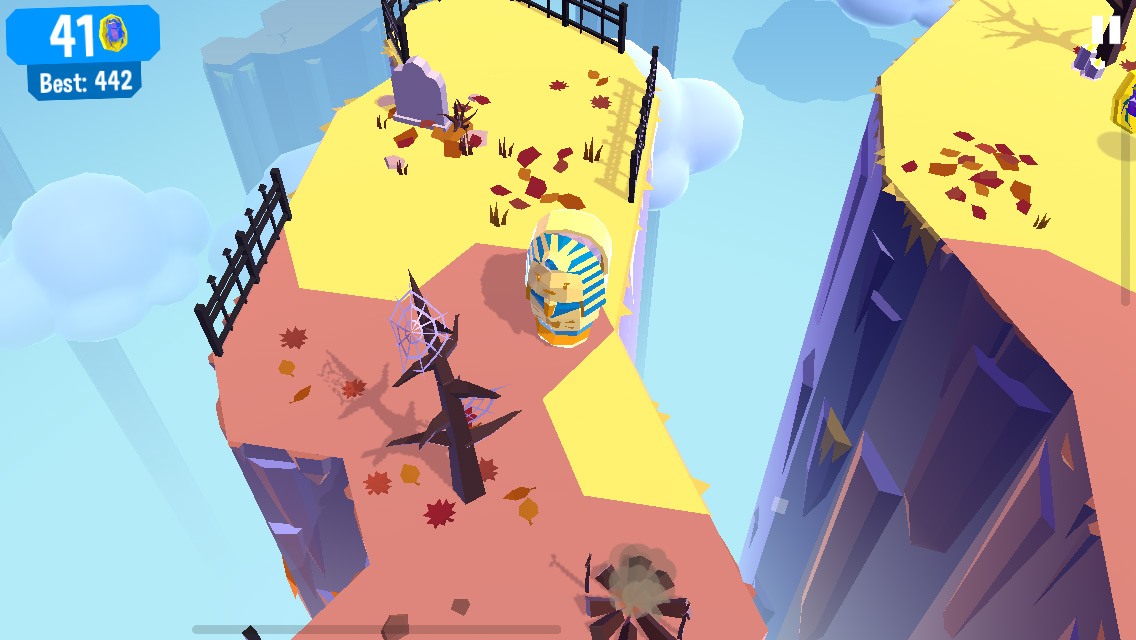 Each of the Halloween characters comes with a suitably spooky level variant, including bare trees speckled with cobwebs and easily startled bats, tombstones and coffins dotting the landscape, piles of dead leaves, and other aesthetics befitting Pumpkin Spice season. Despite sharing the Halloween spirit, each new level is still unique: Sarcophagus slides on a gorgeous yellow world of newly-dead autumn grass while Vampire’s stage is dark and literally stormy, punctuated by lightning strikes. And like all of their predecessors, these characters also chase their own favorite items, including squishy brains for Zombie and sugar skulls for festive Miss Calavera. 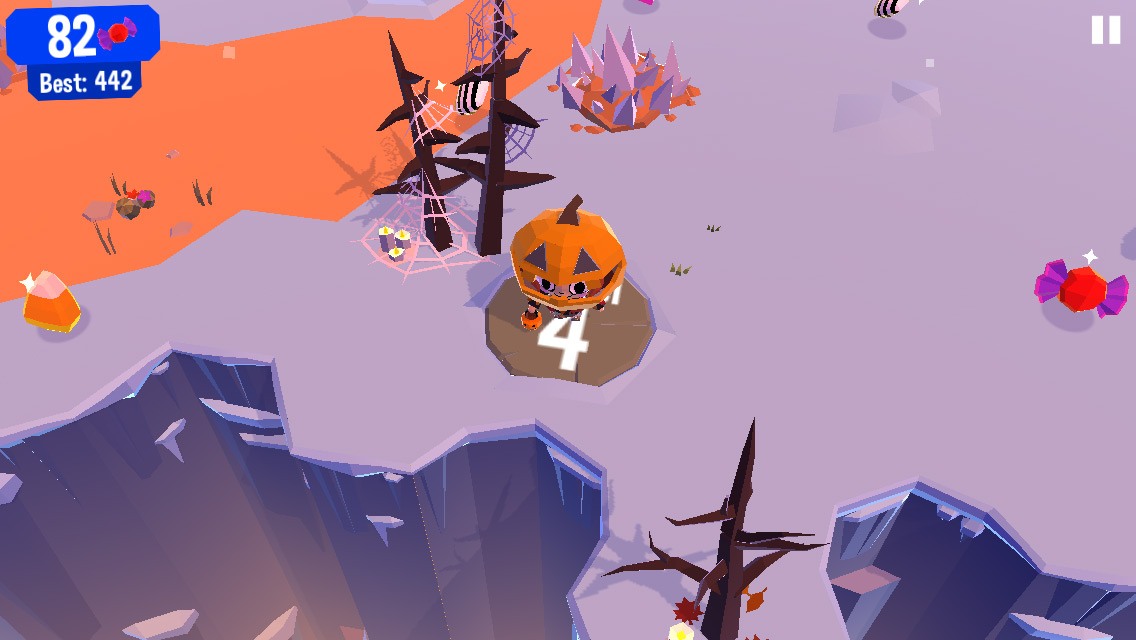 Wren and Reynold of Costume Quest feel right at home in Land Sliders, collecting colorful varieties of candy in their signature trick-or-treating uniforms. Developer Prettygreat and Double Fine’s Tim Schafer teamed up to share details on the crossover in the video above, where you can see most of the new characters in action.

Besides the generous addition of more playable stars, this update also introduces a new mysterious stone area that can be utilized for bonus points, an option to select “Random” for play (like in Crossy Road, which randomly picks from your unlocked set of characters), and squashes some bugs—like the game freezing when enemies sneak a ride on the exit button. If you haven’t checked out Land Sliders yet, there’s no better time: it and the Halloween update are available for free on the App Store.

After the Success of Heads Up!, Ellen Releases Psych!

Treehouse of Horror Returns to The Simpsons: Tapped Out