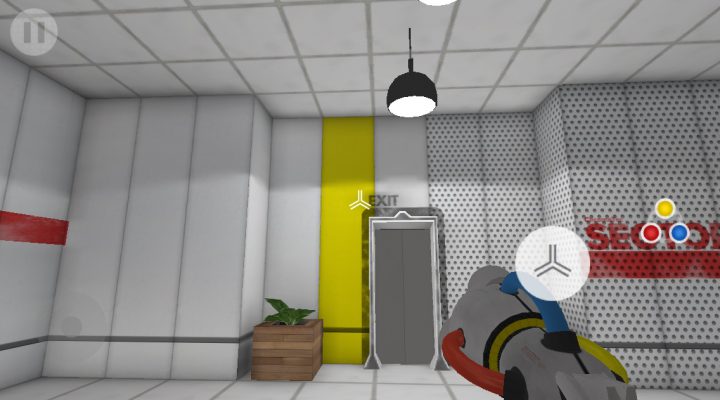 ChromaGun was originally an entry in Ludum Dare 32, whose theme was “An Unconventional Weapon.” The small team of Lochmann Apps chose “color” as their weapon, and spent a single weekend in April building their first-person puzzler from scratch. While ChromaGun didn’t snag any of the awards at LD32, the team kept iterating and released an updated and more polished version on iOS this week, available for free.

Players use the unconventional and eponymous ChromaGun to traverse 26 levels of increasing complexity. Those levels and their atmosphere are obviously inspired by Portal: the rooms are sterile white testing chambers monitored by an omnipresent AI whose instructions are more snarky than supportive, informing you in one early room that worker droids “are not designed to kill you upon contact. However, due to miscommunication in engineering, they will.” Info plates at the beginning of each level provide random humorous “Did You Know?”s, like the fact that you’re “only limited by your imagination. And the color brown.” A later chamber even has particle fields “donated by Aperture Science,” an unmistakably direct nod to Valve’s creation. 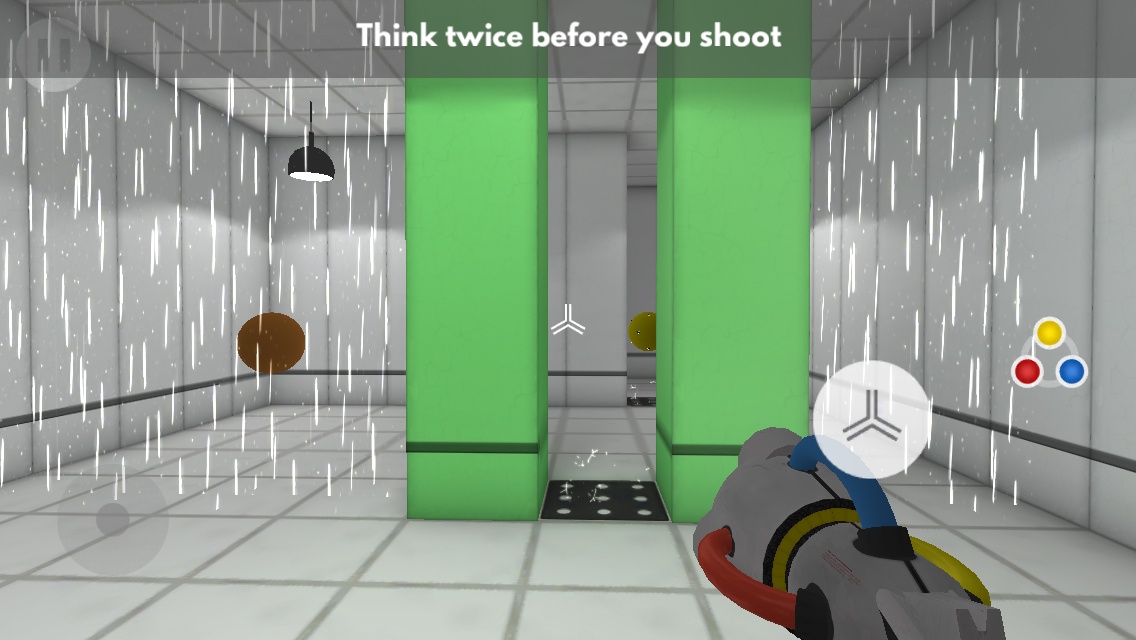 All these pieces of homage create an entertaining world to wander, but that world would be meaningless without engaging puzzles to solve. Thankfully, ChromaGun has that covered. Players will use the three-colored (red, blue, and yellow) paint gun to splatter wall segments with the hue of their choice. Initially, this is primarily used to get non-hostile floating spheres (the previously mentioned “worker droids”) out of the way of the level’s exit. These droids will automatically gravitate towards their same-colored wall, so moving a red droid is as simple as coloring a nearby wall red.

The challenges quickly ramp up, however, when activated droids begin homing in on you with their deadly protruding spikes. Walls will sometimes be pre-colored, limiting your available painting space, or requiring mixtures—red plus blue to match a purple droid, etc. You’ll need to aim carefully to avoid splattering the room in useless brown and to maneuver droids onto door-opening buttons or electrified floor tiles. 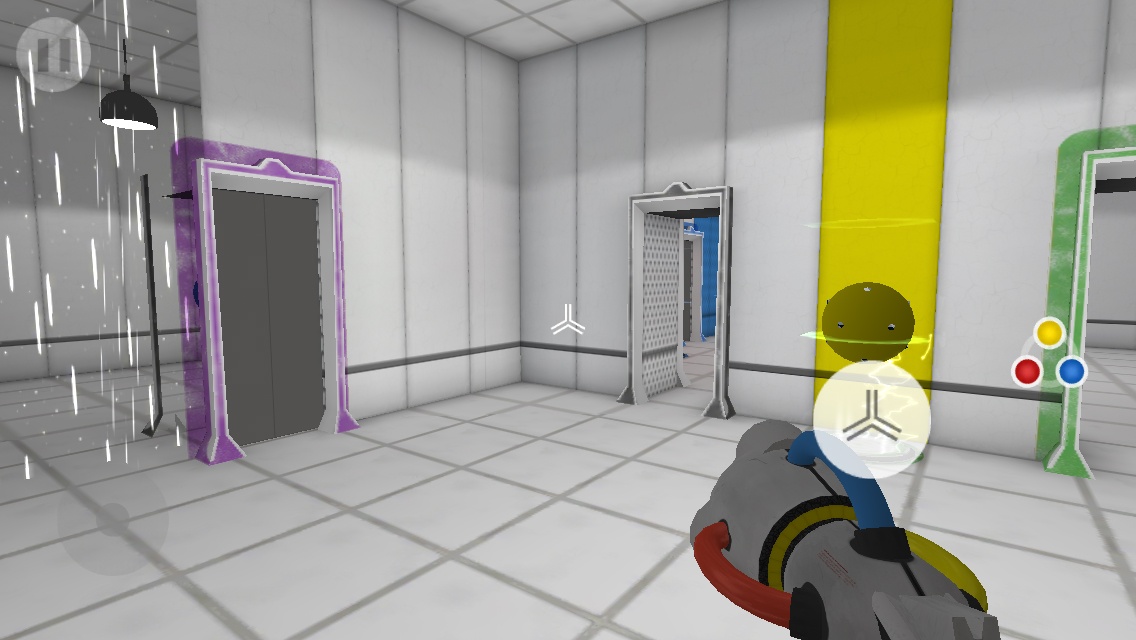 There’s a great mixture of careful puzzle solving and hectic danger-avoiding here, but with enough leniency to prevent frustration: even if a worker droid catches up to you, it’ll still need to hit you a few times before you die and restart the level. This allows room for errors and escape, although running away from a droid while aiming and selecting paint colors is never ideal. You’ll typically want to slowly advance and prepare your shots ahead of time, focusing more on puzzle-solving than death-defying.

Although there are only 26 levels currently, stages grow in complexity to require multiple steps to a solution—such as a multi-doored chamber with particles walls and numerous door triggers that must be opened in order-providing quite a bit of gameplay as you progress. The game is also entirely free, with only small banner ads on the stage select screen, so there’s basically no reason not to give ChromaGun a try. We’re glados we did.

Down the Mountain: An Eternal Descent, Arcade-Style

Tricky Block is a Tricky Treat for Puzzle Fans