Home / Play / Chezz is Chess Just the Way We Like It: Short and Stressful 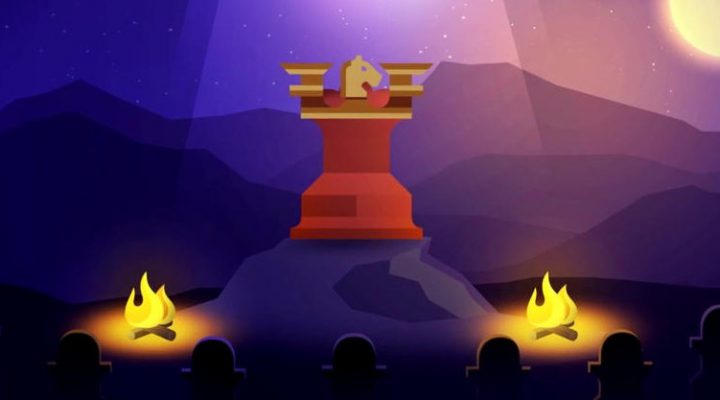 Our mobile folder of wild variations on chess is getting a bit full: last year alone added Chesster, Moveless Chess, and Really Bad Chess to the group which already included Chesh plus slightly more tenuous inspirations like BoxPop. The amazing thing about our ever-growing collection of chess apps is that none of them approach the classic game in quite the same way. Each adds its own unique spin to the format—from match-3 boards to randomized pieces to the anarchy of having ten Queens at once—yet still manages to look and feel like chess underneath its gameplay twist.

Chezz fits right in with this group of not-quite-chess success stories. At first glance, it may look more like standard chess than its folder neighbors: you have the expected number of each type of piece placed on the correct areas of the board. Players only have two Bishops, one Queen, etc. and each moves in their expected pattern—Knights in an L-shape, Pawns one square at a time. The big change comes from its completely synchronous gameplay: there are no turns or turn limits. You can move pieces immediately after each other without waiting for your opponent, and that opponent will be moving pieces at the same time. The only delay comes from cooldown timers on the individual pieces themselves: after you move your Queen, for instance, she cannot be moved again for three seconds.

This creates a manic, hyper-speed version of chess that still requires the forethought and awareness of the classic game while condensing it into a very short, physically reactionary variation. Victory is achieved not through checkmate but by actually capturing the King on his tile as you would other pieces. But the pieces have a brief period between being moved and actually reaching their destination when you can see them sliding into place; this gives you a very short window to move your own piece out of the way of an impending attack, including your about-to-be-defeated King. You can also slide other pieces into the path of an oncoming opponent to create a sacrificial interception—again, a move you would see in standard chess, but one that feels more like a live battle when implemented in Chezz.

To further shake things up, obstacles and challenges are added to the board as you progress through the single-player Adventure stages. Fires block access to certain tiles and incinerate any pieces that pass through them, but are subsequently put out (meaning you could sacrifice a Pawn to the flames in order to open up a path for a Bishop). You will not always start with an even set of pieces; often a level will give the AI a full roster and you will be down five pieces from the beginning. There are also level variations, such as Survival—in which you win by keeping your King alive until the timer runs out—and “army” upgrades—which permanently reduce the timer on certain pieces and their speed in moving to a new position. There are even upgrades for the King, allowing him to move like a Knight or Rook, further adding to the madness taking place. 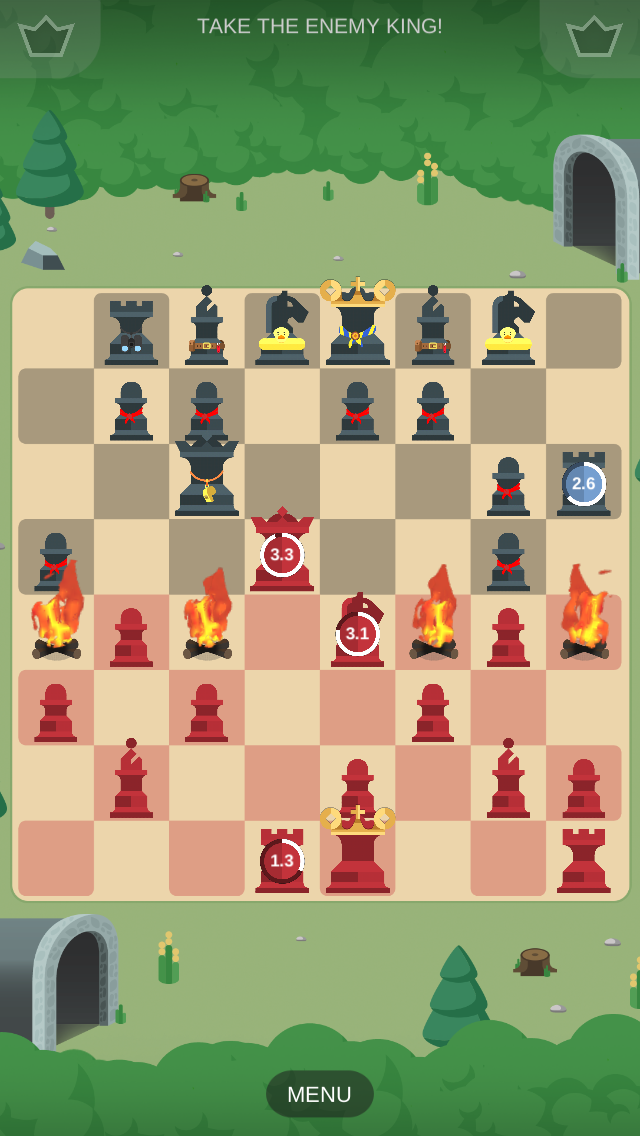 Chezz also launched with online multiplayer support if you get tired of taking on the AI, but it’s a bit spotty at the moment. You’ll need to spend “Pawns,” the in-game currency earned by completing levels, to play multiplayer matches, but if your match backs out before the game begins, you lose your Pawns and the game doesn’t set you up with an alternate opponent. It’s a bit too risky and unpredictable since those Pawns are also used for your powerful King upgrades. Luckily Chezz’s single-player is enjoyable enough as a standalone experience–albeit a wild and sweaty-palmed variation–to make it a worthy addition to our not-quite-chess rotation.