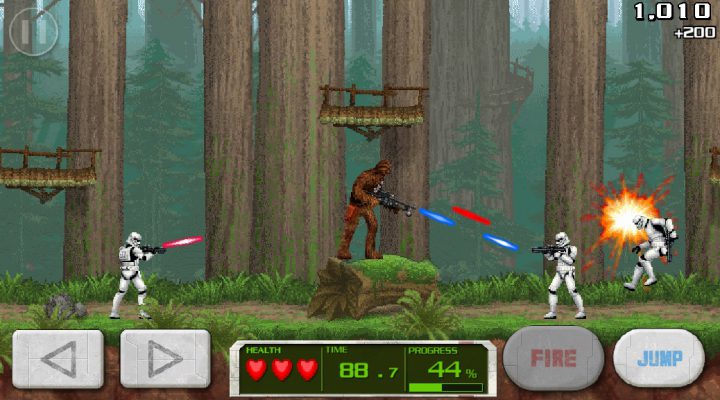 Konami’s Star Wars: Force Collection is getting a new —and seemingly random— update that takes the form of a Contra-like mini-game starring everyone’s favorite Wookie.

Featuring four levels, taking the player from Endor through an Imperial facility, players will guide Chewbacca and blast away Imperial Stormtroopers throughout the experience. Star Wars: Force Collection players who partake in the mini-game will be rewarded with an exclusive trophy.

The update also includes new cards to the original Force Collection card game, including R2-D2 and C-3P0, as well as the inclusion of a new boss event.