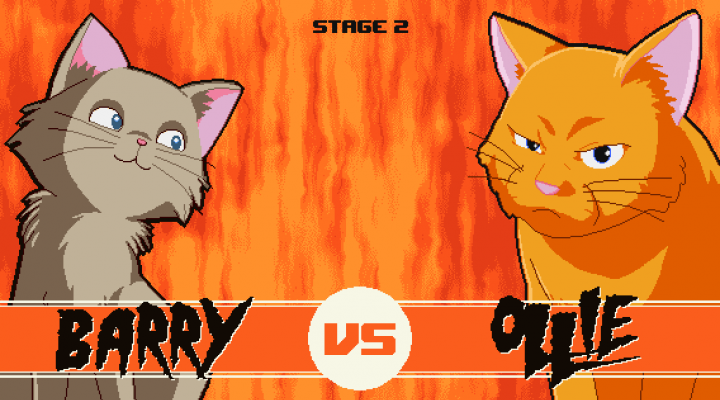 As a dog person, I’m not one to usually say “cats make everything better.” I never fell in love with Nyan Cat, I don’t get the appeal of Neko Atsume, and the only thing Garfield and I can agree about is Mondays.

Despite this, Cat Puncher managed to put a big dumb smile on my face. 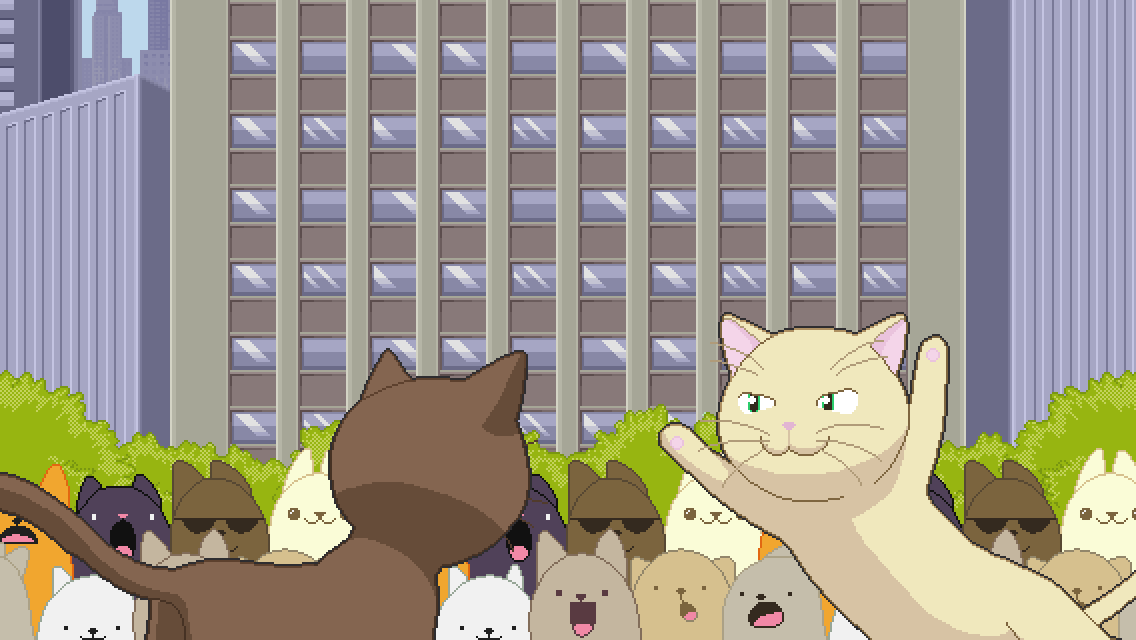 Before you think ill of me, this isn’t a game about me punching cats because of how much I think they suck. This is a 2D fighting game where cats brawl against each other — and it’s more than a little showy with its love for Street Fighter II.

The moment you open the game you’re treated to a cat-themed reimagining of the game’s opening, with two cats fighting in front of a building. From there you’ll find plenty of clever nods to the series, from the font that emulates Capcom’s classic to the mean-spirited jibes from the victor a match. 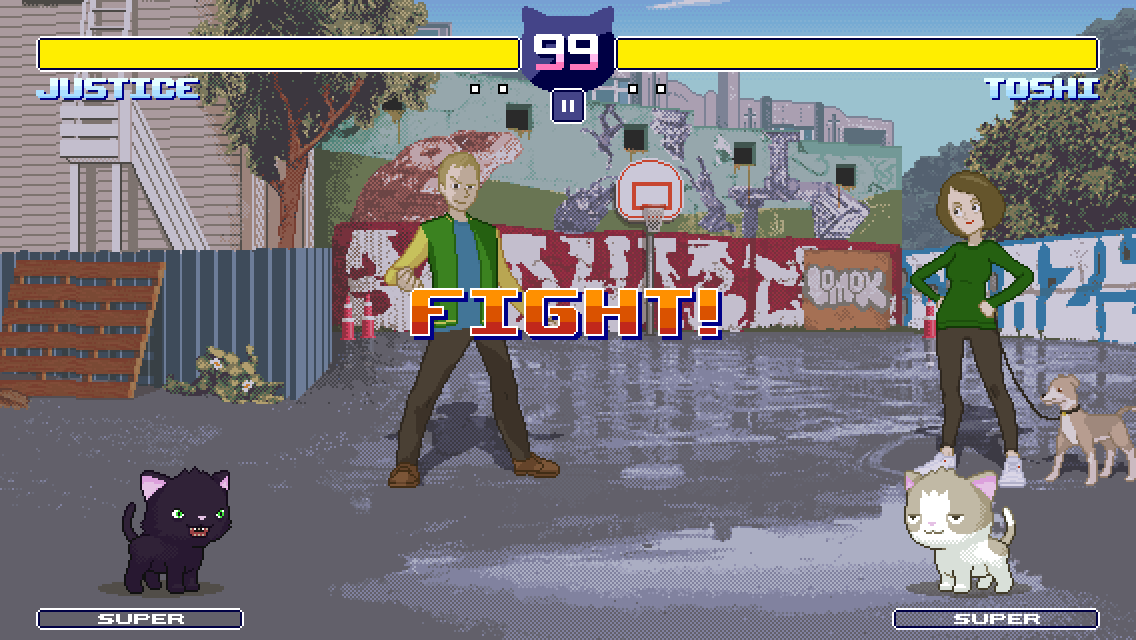 The gameplay is, admittedly, a little weaker than the presentation. Your controls are limited to jumping in the air, and then tapping again to zoom across the screen and attack. The trick is to end up at the right height to hit your target, and to do it when there’s an opening to deliver damage. It’s simple, but ultimately fast-paced, which keeps things interesting enough to fiddle around for a while.

Also, its simplicity allows for a surprise that’s very in keeping with the Street Fighter spirit — local multiplayer. Two friends can grab the same device and control their own kitty in a battle to the death. (It’s a good thing cats have nine lives!) 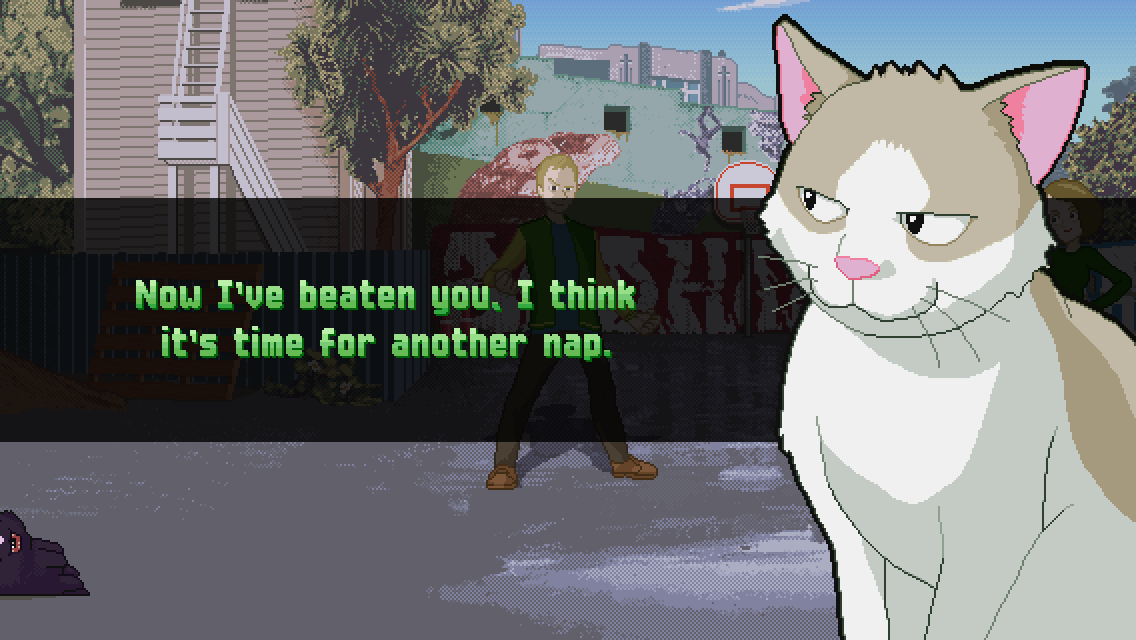 Cat Puncher isn’t anything to write home about in terms of gameplay, but if you’re a fan of Street Fighter, you’ll definitely get a good chuckle.

If Bomberman Was an Endless Runner, It Would Be Blast Blitz