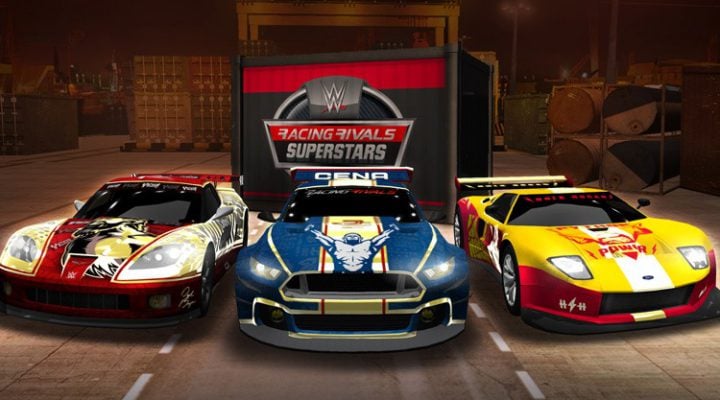 Fun fact: America doesn’t have a national sport. While we might be quick to call baseball “America’s Pastime,” there’s no hard and fast rule for national sports like there are for the national bird or national animal (SPOILER: both are the Bald Eagle). So really, America’s national sport is up for debate. Some might say it’s football. Others might say it’s drag racing muscle cars vehicle-wrapped with images of professional wrestlers.

Glu Games is going with the latter.

Starting today and running through July 5th, Glu is running a cross-promotion with the WWE to feature special edition vehicles in Racing Rivals, emblazoned with the Superstars of the WWE. 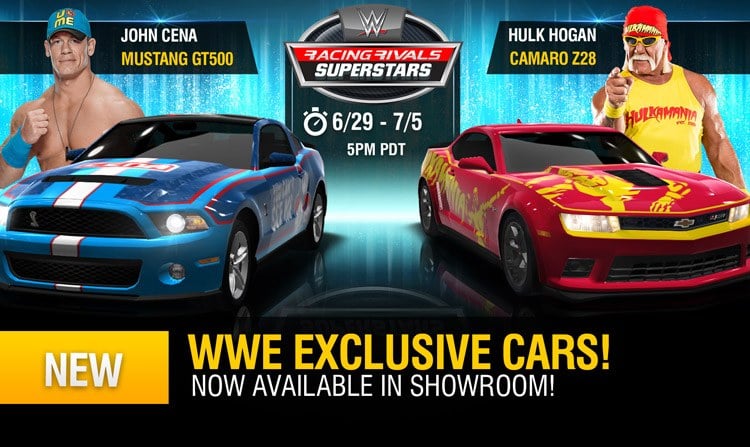 The full list of participating Superstars is as follows:

My heart weeps for the lack of a Rowdy Roddy Hot Rod.

Players will be able to get a free “mystery crate” every 24 hours to help them build towards their wrasslin’ dream car. If you’re not already behind the wheel, you can download Racing Rivals for free from Google Play and the App Store.

Marvel Future Flight Gets Guardians of the Galaxy Update