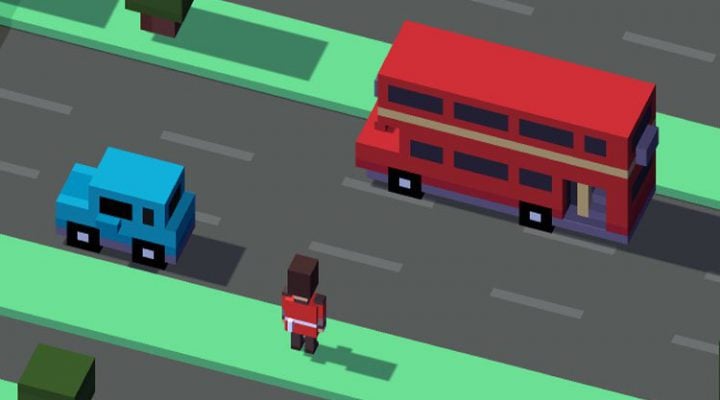 Och aye, we knew a “UK and Ireland” expansion was coming to Crossy Road, and it actually happened earlier today. There are 17 new characters to download, and each one is guaranteed to be happier than an impoverished Irish author’s childhood memoirs.

Some of the arrivals from the lands where the sun is just a myth include a member of the Queen’s guard (he won’t smile, don’t bother trying to make him), a British policeman, and a chimney sweep, guv. Most intriguing is the bundle of fish n chips, which is presumably drenched in vinegar.

But that’s not all. Also available in this update is “The Dress.” Yes, that dress. The blue-and-gold one (“No, it’s white-and-gold, stupid!”) that is the reason why you’re still not talking to your mother.

As usual, all of Crossy Road’s characters can be accessed randomly in-game by spending the coins you earn while playing. You can also buy the characters outright for $0.99 USD each.

The update is ready to be downloaded on the App Store, and developer Matt Hall is promising it should be Android (both Google Play and Amazon) “soon too.”