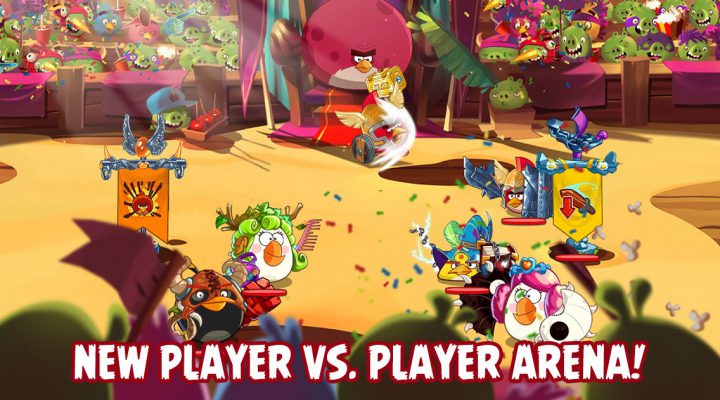 Thou hast been challenged. Unsheathe your sword. Turn its blade and watch its keen edge catch the sunlight. Cut your eyes, and level your weapon with intent.

Then put that thing away before you take someone’s finger off. This challenge has nothing to do with swords and shields. It’s actually a PvP update for Angry Birds Epic.

In case you missed it, Angry Birds Epic is a fun, if flawed, role-playing game starring a familiar flock of irritated avians. Now you can pit your party against your pals’ birds and determine who’s the superior general through a flurry of feathers and clashing weapons.

Interestingly, the Angry Birds Epic PvP marks the first time the birds have turned their sharpened beaks against each other. Usually they’re too busy assaulting pigs to fight amongst themselves. Everybody needs to let off some steam however, even when they’re allies in the trenches. We hear Red constantly chews gum with his mouth open, and it’s finally driven Chuck to land a few blows on his friend. PvP offers the perfect opportunity for healthy confrontation.

The Angry Birds Epic PvP is available for iOS and Android via a free update.