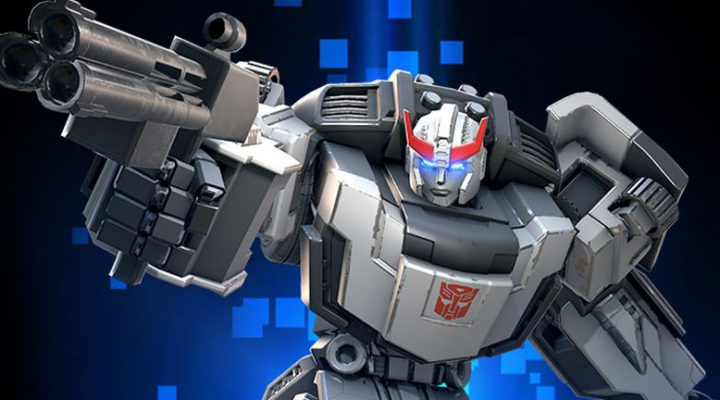 Slowly but surely, Kabam is getting around to adding more classic bots to Transformers: Forged to Fight. The latest is Autobot Prowl, who may or may not have a special place in this writer’s heart as one of the first Transformers toys he ever had a chance to transform by hand. Ahem.

Anyway, Prowl is ready to bring his signature ability, appropriately named Good Cop, to aid your efforts with a surge of Power based on how many melee buffs he has stacked. His Short Circuit special drains opponents’ power while Gunslinger chops them down at range and Riding Shotgun finishes them off. Or so we imagine.

Now all you need to know is how to get Prowl on your side, and we can help with that too. For the next three days, you can spend 150 Energon on the Prowl Crystal for a guaranteed 2- to 4-star bot and a chance as a 3- or 4-star Prowl. He can also be won in the Arena thanks to two new Arenas running through the end of the week: Good Cop puts your 1- and 2-star bots to use battling for a 3-star Prowl, while your heaviest hitters can take part in Suppressive Fire for a shot at a 4-star Prowl. 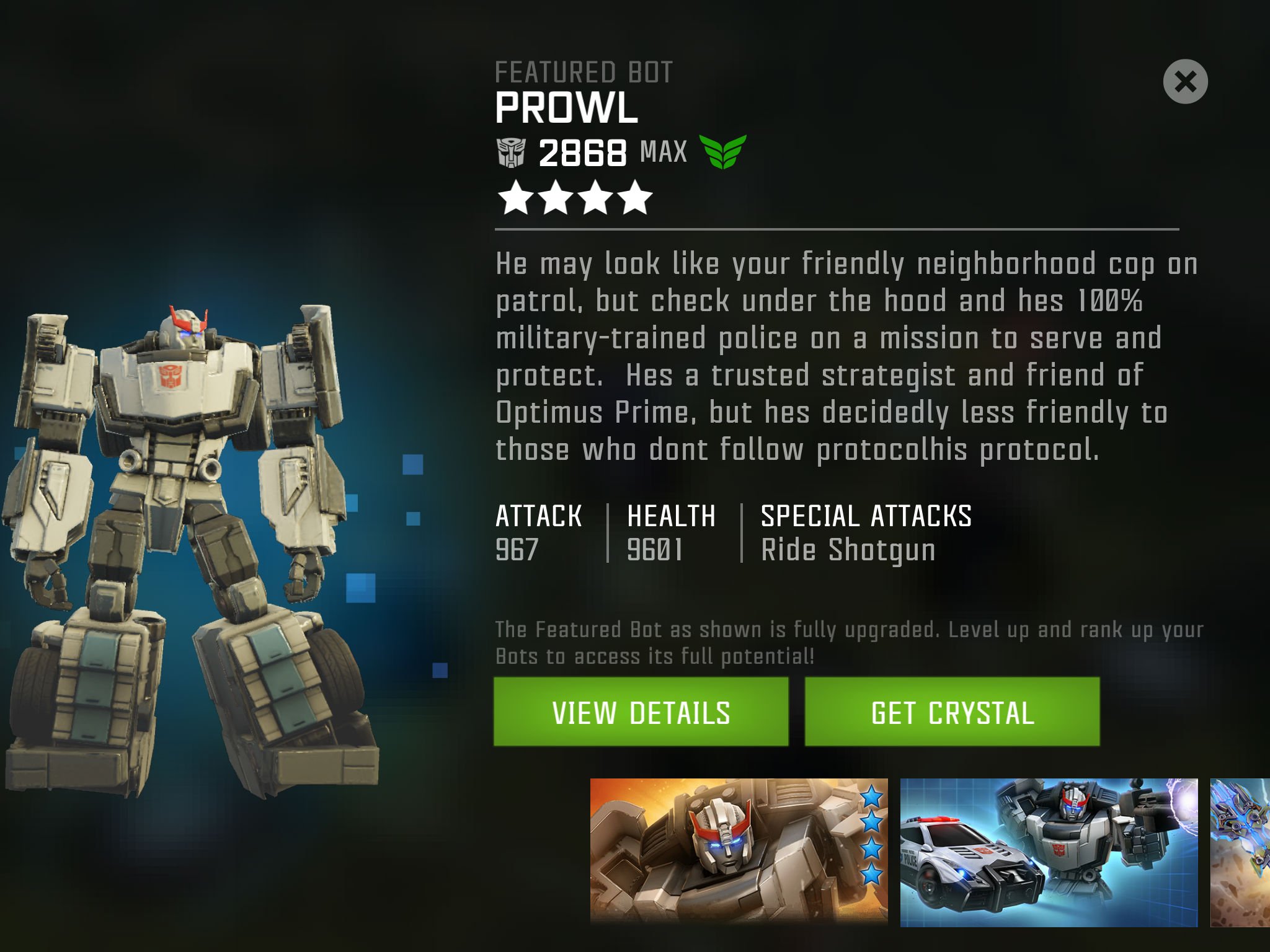 Now you just have to go get Prowl, or go get Transformers: Forged to Fight is you haven’t started playing yet. It’s a free download from the App Store or Google Play, so there’s nothing stopping you from jumping into the fight right now.

Injustice 2 Fights Onto the App Store a Day Early