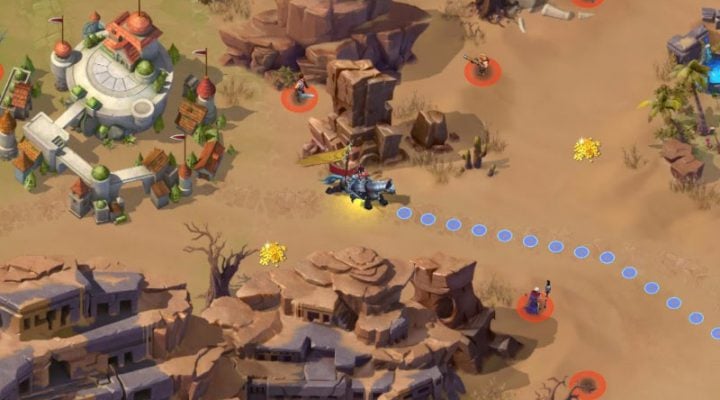 Art of Conquest has fired out of the gates for developer Lilith Games, turning some heads with its mix of modern build and battle and old school RTS elements. Still, that doesn’t mean it doesn’t have room to be better, and a new dev diary spells out exactly what its creators have moved to the top of their lists when it comes to game improvements.

In the latest Art of Conquest update, expect to see changes to the House system. Shouldn’t a House be able to control two or more cities? They’ll be able to do just that soon, opening the door for more people to join a House. A new leveling feature will allow a House to grow as it becomes more powerful, and each member will have a choice when it comes to which city controlled by the group they want to live in.

This should help keep Houses from maxing out on members too quickly and give them more long-term goals. Even if they conquer cites that lie outside the regions they’ve unlocked, they’ll be able to hold onto them for later, or so it sounds.

It’s occurred to us that you might not have played Art of Conquest yet, in which case the above was nearly 200 words of gibberish. There’s an easy solution to that problem, though, which is just to download the game for free from the App Store or Google Play and start playing. You’ll smell what we’re cooking pretty quickly if you do.