After 16 months on iOS and five months in soft launch, Gamevil’s stunning third-person shooter Afterpulse is finally available worldwide for Android. This being said, the range of supported devices is currently disappointingly limited. For example, you’re out of luck with a Samsung Galaxy S6 – potentially a sign to upgrade. However, those who are able to run the game are in for a real treat.

The main draw with Afterpulse is the game’s out of this world graphics. This is what helped it win over players and awards committees alike at the time of initial release. These graphics aren’t just good for a mobile game. They hold up brilliantly against any PC or console shooter on the market. Even if you aren’t one for shooters, you might want to give this one at least a quick look because the graphics are truly a sight to behold.

For those unconvinced by graphics, Afterpulse doesn’t just look pretty, it plays great too. Synchronous four on four multiplayer action, superfast respawns and infinite ammo make Afterpulse among the most addictive mobile shooters on the market. The game’s chaotic free-for-all feel also helps make the game a truly immersive experience. For a graphics-heavy multiplayer game, network performance is remarkably smooth and dropped matches are pretty unlikely. 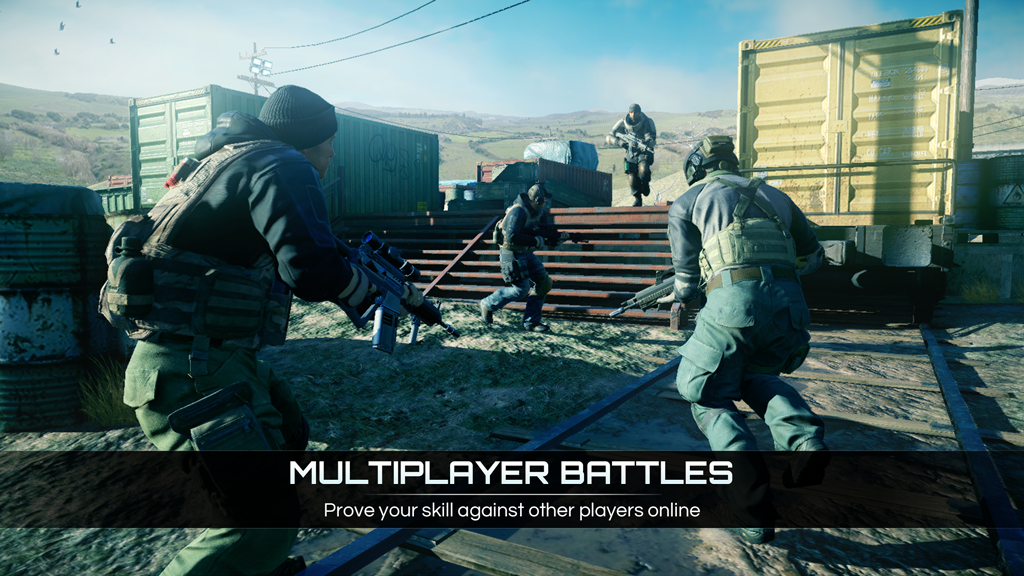 Need more incentive? For a limited time, both new users and those who are carry-overs from soft launch can expect bonus rewards for logging into Afterpulse. For those that haven’t picked the game up since its initial iOS launch, there’s also a bunch of new game modes, maps and weapons to explore so it’s high time to revisit what will likely become a real mobile game classic.

If all of this sounds amazing, but you don’t have a supported device, a little patience might reward you handsomely. The developer is currently working on making Afterpulse available for a broader range of devices. Be sure to check out our Afterpulse review for more on why we love it, and our Afterpulse tips to give you the best possible start.

Love You To Bits Reaches its Conclusion in Final Update

OK Golf Gets a Major Upgrade