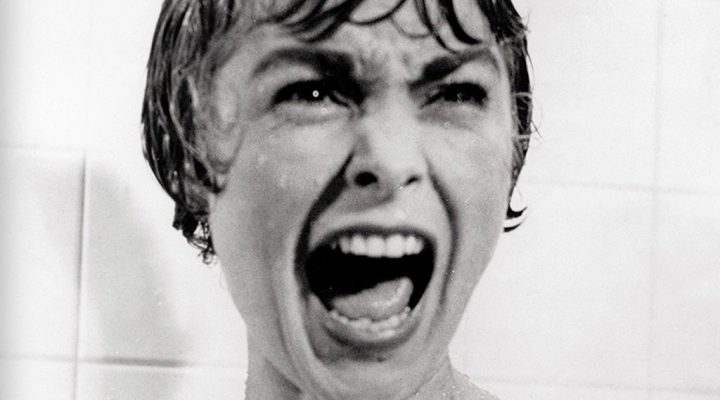 There’s an odd little game that’s been sitting near the top of the free apps chart for a couple of weeks. Chicken Scream looks, at first glance, like a fairly standard endless platformer in the vein of Mr. Jump. Your goal is to get the adorable title character across platforms and obstacles by walking and jumping at the right time, aiming your distance so you don’t fall short into the river below or overshoot into a ball of spikes. But unlike so many other games on mobile that have asked you to do exactly this before with simple one-tap controls, Chicken Scream doesn’t want you to touch your device at all. Instead, it instructs you to talk, sing, and scream at it.

If you keep an eye on new releases, you may have noticed an abundance of similar games popping up on the App Store. Most of these have “scream go” in their titles, although they share a painfully similar, simplistic black and white aesthetic that indicates they’re copying something other than Chicken Scream specifically. The oldest title we could track down from this batch of clones is Scream Go: Jumping & Swimming, released February 26th, indicating it might have been the first to inspire this recent trend. Whether the game is cloning the first Scream Go, Chicken Scream, or trying to put its own spin on the idea, each “scream” game shares a specific trait: voice-controlled gameplay. 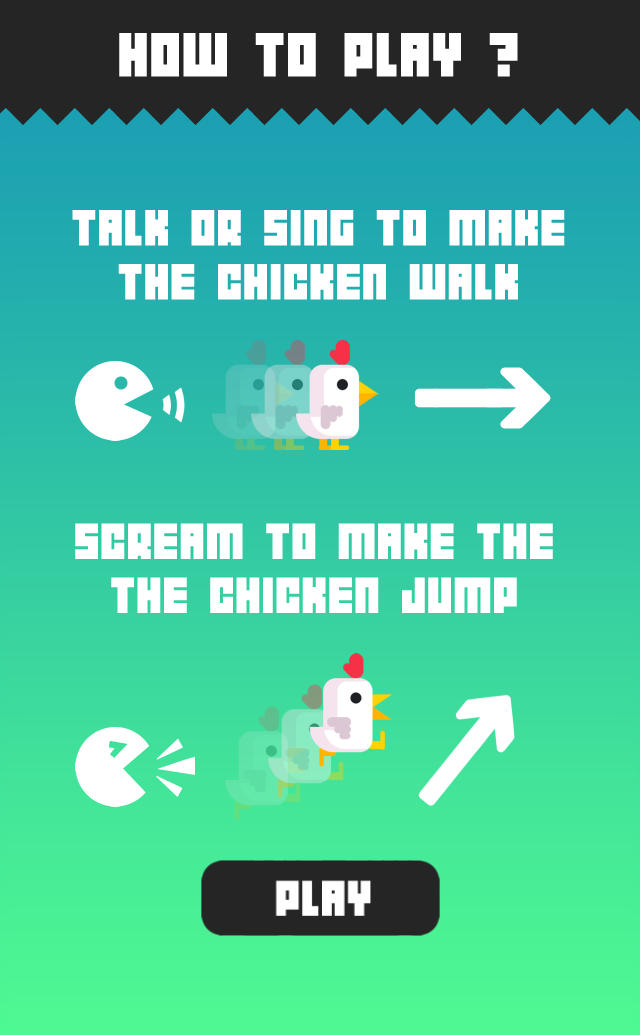 Despite the current resurgence of this gameplay mechanic, none of these games are really doing anything new. Mobile games have been using voice controls for years, with one of the first breakout hits to feature the idea releasing in 2011. Pah!, a simple space shooter controlled by speaking or shouting its title, became a sensation after pirated copies turned into viral videos. Most games that might have been inspired by Pah!’s success are long gone, although you can still see some remnants of the 2011 voice control wave hanging around.

Outside of these action and arcade examples, which are really more about noise-replacing-taps, speech recognition is widely used in the mobile space. The Talking Tom series has been letting families chat with a feisty feline for nearly seven years. Virtual pets are a perfect fit for voice-controlled activities, but the tool is also strongly represented in dictation and translation apps, learning programs like Duolingo, and in games made to be accessible to the visually impaired, like JabberChess. 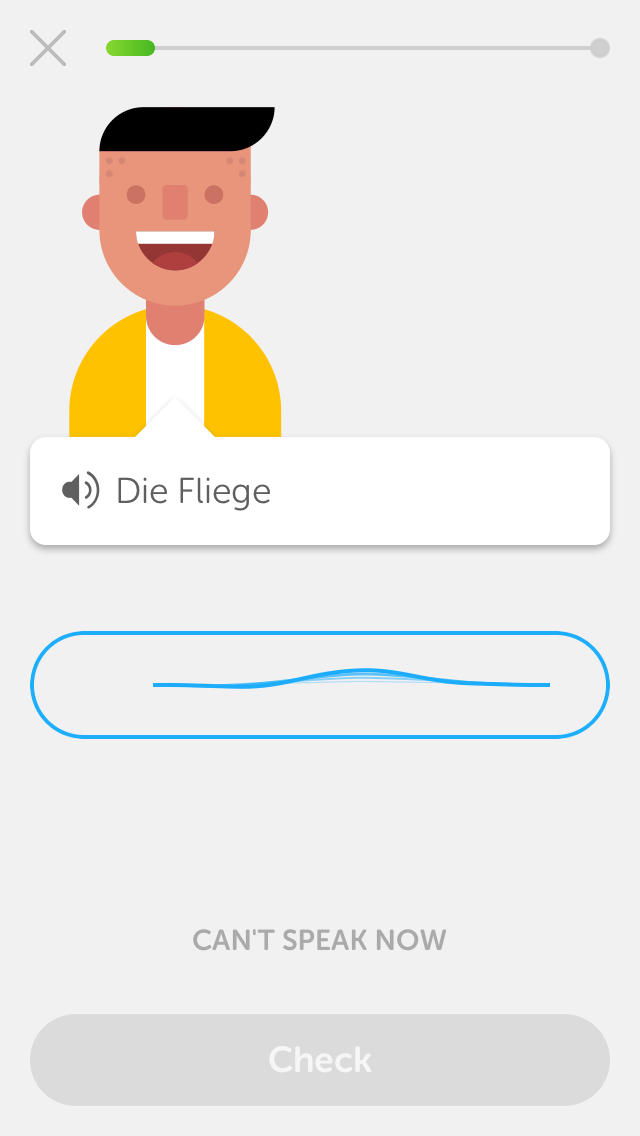 These are all more involved uses of the microphone than simply making soft or loud noises to get a chicken to move. Yet these apps, considered alongside the larger history of voice controls in gaming, could indicate the “scream” trend is not only a fad, but the start of a new growth direction for mobile games. Outside of mobile—which is still a young platform when compared with PC and consoles—video games have been trying out vocal tools in varying degrees for decades. One of the earliest examples is TV Powww!, a live broadcast gaming challenge dating all the way back to 1978.

Nintendo has been exploring voice controls since the Famicom, which contained a microphone in its second controller and allowed players to use their voice for minor activities in a variety of games, such as killing Pols Voice in The Legend of Zelda or haggling with the shop owner in Kid Icarus. They kept pursuing the idea even when it had little traction, building an entire game—Hey You, Pikachu!—around the Nintendo 64 Voice Recognition Unit, which was used in only one other N64 title. The built-in microphone in the DS and 3DS allowed developers a little more freedom to include voice commands, since—unlike separate add-ons such as the N64’s VRU, Wii Speak, or Microsoft’s Kinect—every player had access to it. Yet voice controls were still shied away from, with most games using them in one-off situations, such as playing the flute in The Legend of Zelda: Spirit Tracks or completing the initial Stroop Test in Brain Age. 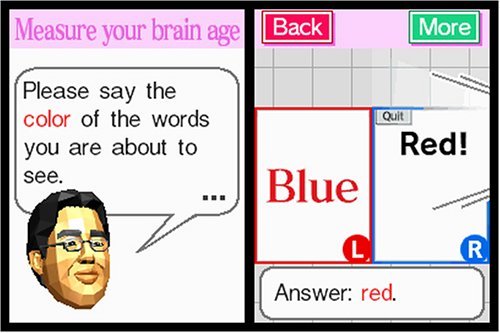 Nintendo is not the only company that has dabbled with the mechanic, but regardless of the developer or platform, voice controls have almost always been used as optional asides that turn out more gimmicky than game-changing, such as commanding squad members in Mass Effect 3 or calling bosses crazy in Dead Rising 3. Games that do go all-in on voice controls, like Bot Colony, have had an uphill battle in nailing natural speech recognition in the open-ended environment of video games. Programming a virtual dog to recognize “sit” is a much different challenge than having your AI protagonist recognize when a player is being skeevy, but those differences also illustrate the varying levels of depth between a game like Nintendogs and one like Lifeline (PS2).

Chicken Scream and its ilk land much closer to the former, forgoing any sort of actual speech recognition in favor of merely measuring pitch. Their extreme simplicity—without the voice controls, they would be terribly dull—confirms their mechanic as a gimmick and pretty much ensures they’ll be short-lived if they don’t evolve. They are designed as showcases for voice controls, not as enduring games that have chosen to feature them. 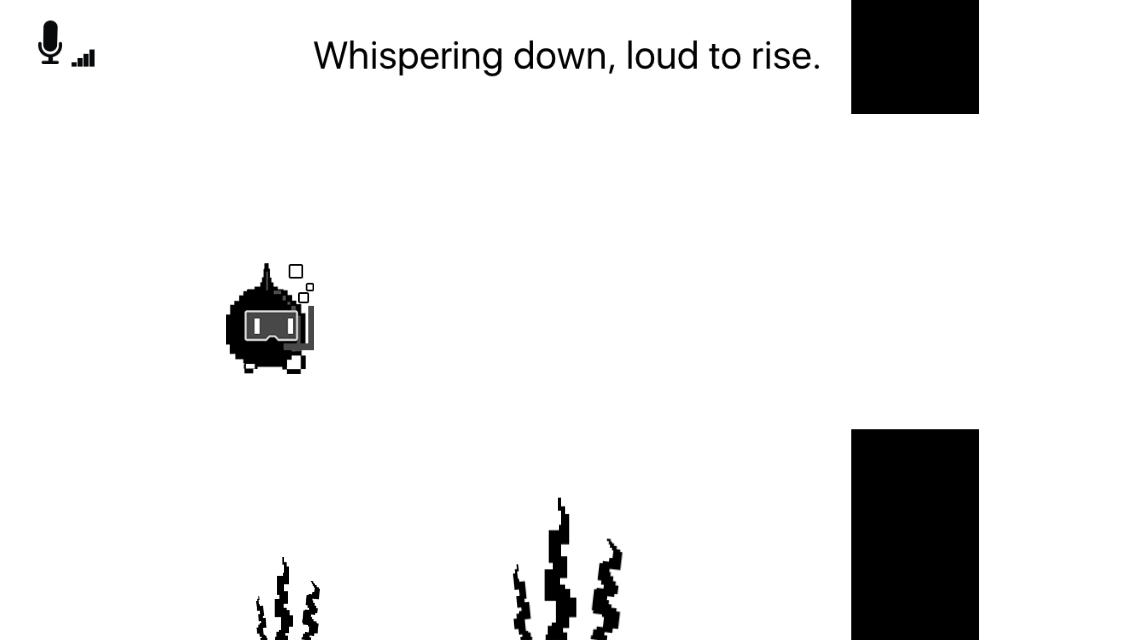 But the way that players have embraced these games hints at something else as well. Mobile has typically been considered a short-burst, between-events platform, ideal for brief moments of downtime such as waiting rooms or public transit commutes. Indeed, even Nintendo—the developer who has seemed most committed to voice controls the longest—created Super Mario Run specifically with one-handed play and commuters in mind. Yet in recent years, mobile has been steadily transitioning to an equally at-home, dedicated gaming machine. Between massive, engrossing original releases and ports of in-depth PC games, we know that gamers are pulling out their mobile devices even when they aren’t mobile themselves. And we have a strange feeling that many of the players that helped Chicken Scream get into the top 20 of the free chart are not shouting “Jump, chicken!” at their doctor’s office.

Granted, this isn’t a shocking revelation to mobile fans—we pull out our phones for a round of Crash of Cars during commercial breaks or Toad Rally challenges while brushing our teeth (another one-handed use of Super Mario Run). But we think all of these points can be combined into a prediction: deeper, speech-recognition-controlled games could easily be a part of mobile’s near-future. Players are already playing mobile at home, and a lot of them are comfortable screaming, singing, or “vroomvroom”ing into their devices. Voice controls and speech recognition in games have a longstanding history and have slowly been improving over the past forty-plus years. And some researchers have noted that the next “wave of voice interaction games” is being led by independent developers, who are also leading the charge on mobile. 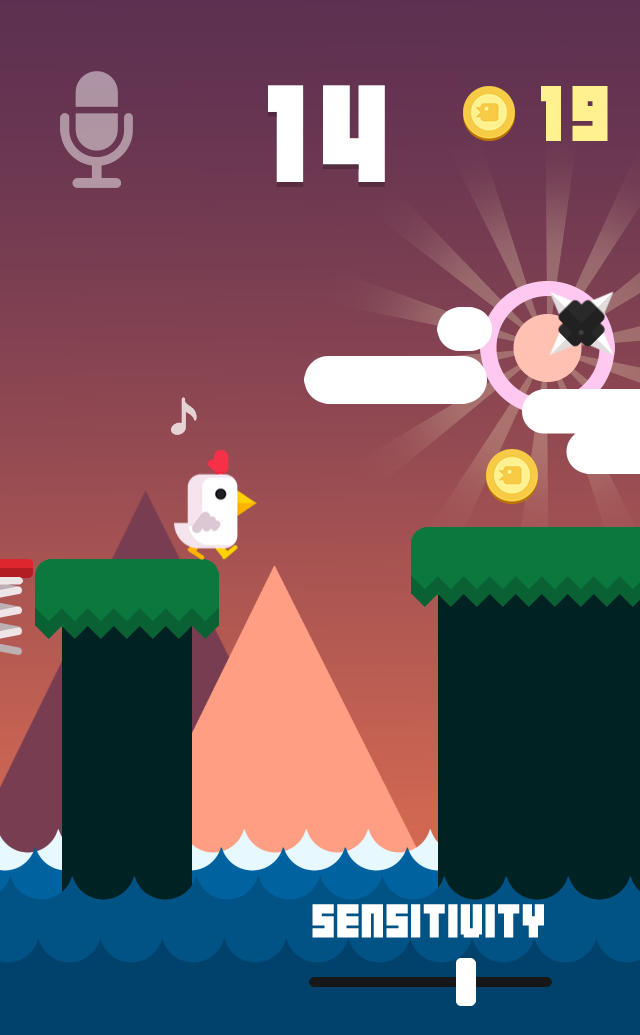 The benefits of developing this tool further on mobile are abundant. With so many first-person response games using your “voice” to propel the game—from interactive fiction like Lifeline asking you to provide guidance to lost strangers to dating games letting you flirt with digital people or pigeons—a logical next step would seem to be letting you actually voice these responses. Vocal commands could offer advanced tactics in complicated strategy games that might otherwise feel limited on touchscreens. Hands-free actions could allow busy parents a way to take a multiplayer turn or check in on their kingdom while cooking dinner. And voice controls added to any genre could simply offer another way to play for disabled gamers or anyone interested in using more than their fingers to engage with their gaming experience. Games like Pah! and Chicken Scream are not the only harbingers of this future, but they have inspired a vision where such a future exists.