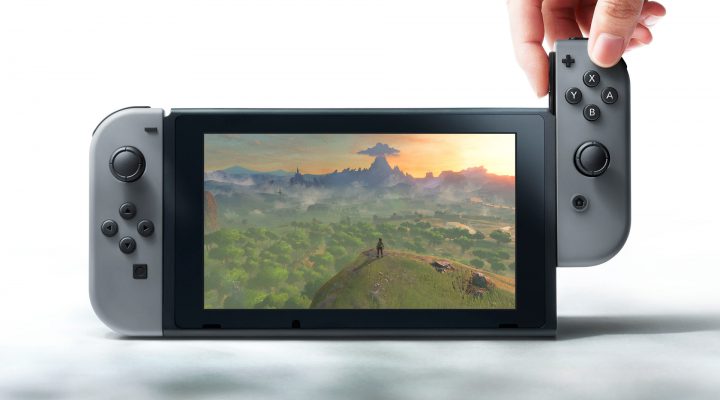 After months of secrecy, Nintendo finally pulled back the curtain on their next console. Previously codenamed NX, the Nintendo Switch is a hybrid home and portable console that allows you to play on your TV, then continue your game on the go. It’s clever, but in my opinion, it’s woefully misguided in the age of smartphones. Here’s why.

Nobody wants to carry two devices

The reason mobile gaming works so well is that people like having a single device that does everything. You can play games whenever you want, but you can also take a break to do your banking, check your Facebook, and send a text to your Great Aunt Thelma. The Nintendo Switch, from what we’ve seen, isn’t like that. This doesn’t appear to be Nintendo’s answer to the smartphone so much as an HD successor to their handheld line (and it looks suspiciously like a tablet in a Gamevice). If that’s the case, you’ll still need to carry around your smartphone to do everything else you do in the day, meaning you’ll be stuck lugging around two devices if you want to play Nintendo games on the go. A fact that’s only made worse by…

It (probably) won’t fit in your pocket

With only a teaser trailer revealed so far, it’s impossible to properly judge the size of the portable Nintendo Switch — but we can make an educated guess. This seems to be a fairly large device, which we’re thinking will require an additional carrying case / purse / backpack if you want to lug it around with you. And even if we’re wrong, it would be incredibly uncomfortable to carry both the screen and controller parts around in your jeans. You’ve got to think the analog stick would eventually snap right off the first time you sat wrong. Fellow Gamezebo writer Harry Slater is hoping they solve this problem with some Gamestop exclusive cargo shorts as a pre-order bonus, but frankly, I think I’d rather just keep my iPhone and Nintendo console in separate locations.

I am a proud owner of Nintendo’s current handheld, the 3DS– but I’ve only ever played it at home. Why? Because I don’t have time to play long, meaningful experiences on the go. Zelda is a meaty game for proper gaming sessions. Threes! is a game I can play while in line at the bank. Both are exceptional experiences, but they’re suited to very different environments. Am I crazy excited for The Legend of Zelda: Breath of the Wild? Absolutely. Do I feel like I need to leave the house with it? Not at all.

The current PlayStation handheld, the PlayStation Vita, is generally seen as a commercial flop. Everyone who bought one (myself included) loves it, but those numbers are a lot lower than they should be. Let’s forget for a moment that Sony Computer Entertainment President Shuhei Yoshida blamed its failure in part on misunderstanding mobile experiences in the smartphone era, and focus on one very key thing: the Vita let you play PS4 games on the go. It did so in two pretty neat ways. For many games that were released on both systems, cross-buying meant a single purchase would unlock it on both devices, and cross-saves would ensure you could continue your experience regardless of where you chose to play. For bigger games that were PS4 exclusive, you could play your games remotely over a wifi connection. So if you were on your lunch break at work and wanted to boot up Uncharted 4, it was just a Vita away. And the fact that this is probably news to you should tell you exactly how popular a feature this was.

Super Mario Run is on the way, and it looks perfect for mobile play. Miitomo was surprisingly fun, and we’re very excited to see both Animal Crossing and Fire Emblem getting mobile iterations in the coming months. It’s becoming increasingly clear that Nintendo — at least a part of it — really understands mobile. iOS and Android are platforms with an install base of hundreds of millions, and because Nintendo has always understood great games, people will line up to purchase their offering on smartphones and tablets. By contrast, the Nintendo Switch seems intent on being a living room console that you can bring with you. While it’s interesting to see their two-pronged approach to portable gaming in action, it’s not hard to imagine which of these two efforts will come out on top. There’s no barrier to entry for smartphone experiences, but with the Switch you’ll need to make a new hardware purchase from day one.

I know I’m being terribly critical of Nintendo right now. I don’t want to be. I love Nintendo as a company; despite their ups and downs, nobody knows how to make games quite like they do. And because of that, yes, I’ll be buying a Nintendo Switch on day one. But if the only reason I’m buying the Switch is because I want to play Nintendo games on my TV, that’s probably not a good sign.

I’m an enthusiast. Nintendo doesn’t need to convince me — they need to convince everybody else. And when weighing the current gaming landscape against what we’ve seen in today’s video, I’m just not sure they’ll be able to pull that off.