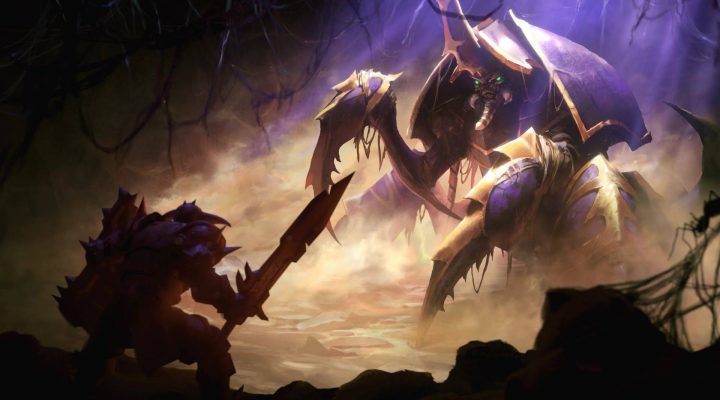 When Hearthstone: Heroes of Warcraft launched it was immediately clear where the focus should be: multiplayer. Despite a rather attractive opening tutorial, the rest of the game’s single player content was far-and-away the least interesting and useful aspect of the game.

You could (and still can) grind against AI bots to get your starter cards – providing a safe environment to learn the ins and outs of battlecries, deathrattles, and the like – but beyond that there really isn’t a point.

Quests, the primary source of in-game currency, are only weighed against your multiplayer experiences. Ranked, casual, the arena: that’s where you should spend your time. Offline play – the only thing the AI would be good for – isn’t even an option thanks to Blizzard’s bullheaded “always online” policies enforced through Battle.net.

Players looking forward to Curse of Naxxramas – Hearthstone‘s first expansion – were treated once again to the wonders of forced connectivity. It took most of a day after its release for the servers to quiet and for anyone (regardless of if they wanted the expansion or not) to get a chance to play. 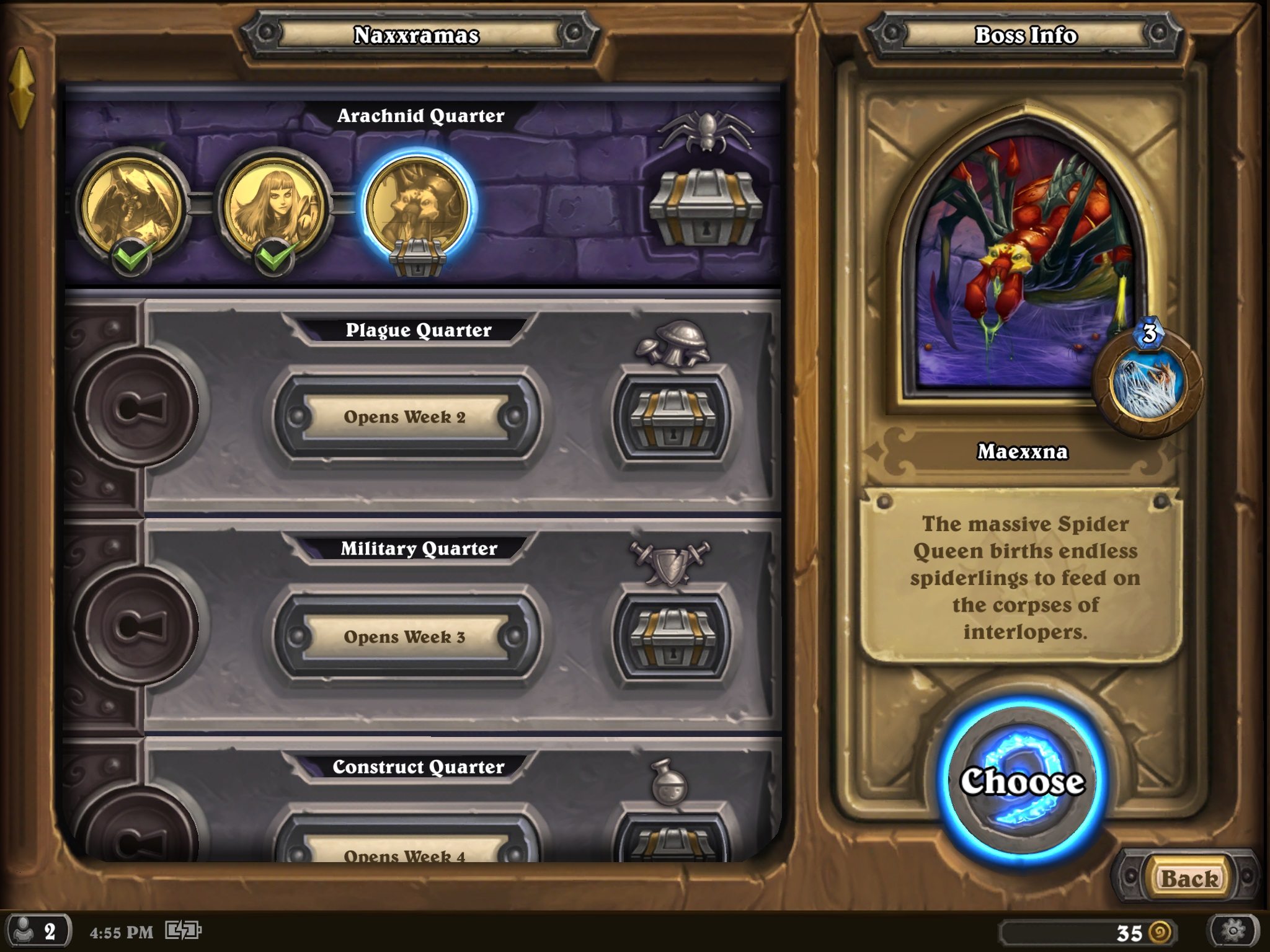 Now that it’s first component (of five), The Arachnid Quarter, is out, we know what a more robust version of Hearthstone’s single-player experience looks like.

So… How’s that working out?

It depends on who you are. By that I don’t mean it’s just a matter of personal taste, but that your enjoyment of Naxxramas will depend on how much time you’ve spent with the base game.

Each “wing” (the segments of the expansion, released once a week) is broken into solo adventures against custom villains. They use cards in patterns unlike any specific class, and sport hero abilities unique to them.

To a veteran Hearthstone crafting magnate, perhaps this a pleasantly odd distraction. Especially considering the new cards brought into the mix (and unlocked for the player by beating each stage), these new compositions might be just enough to break up the monotony of high-level play. 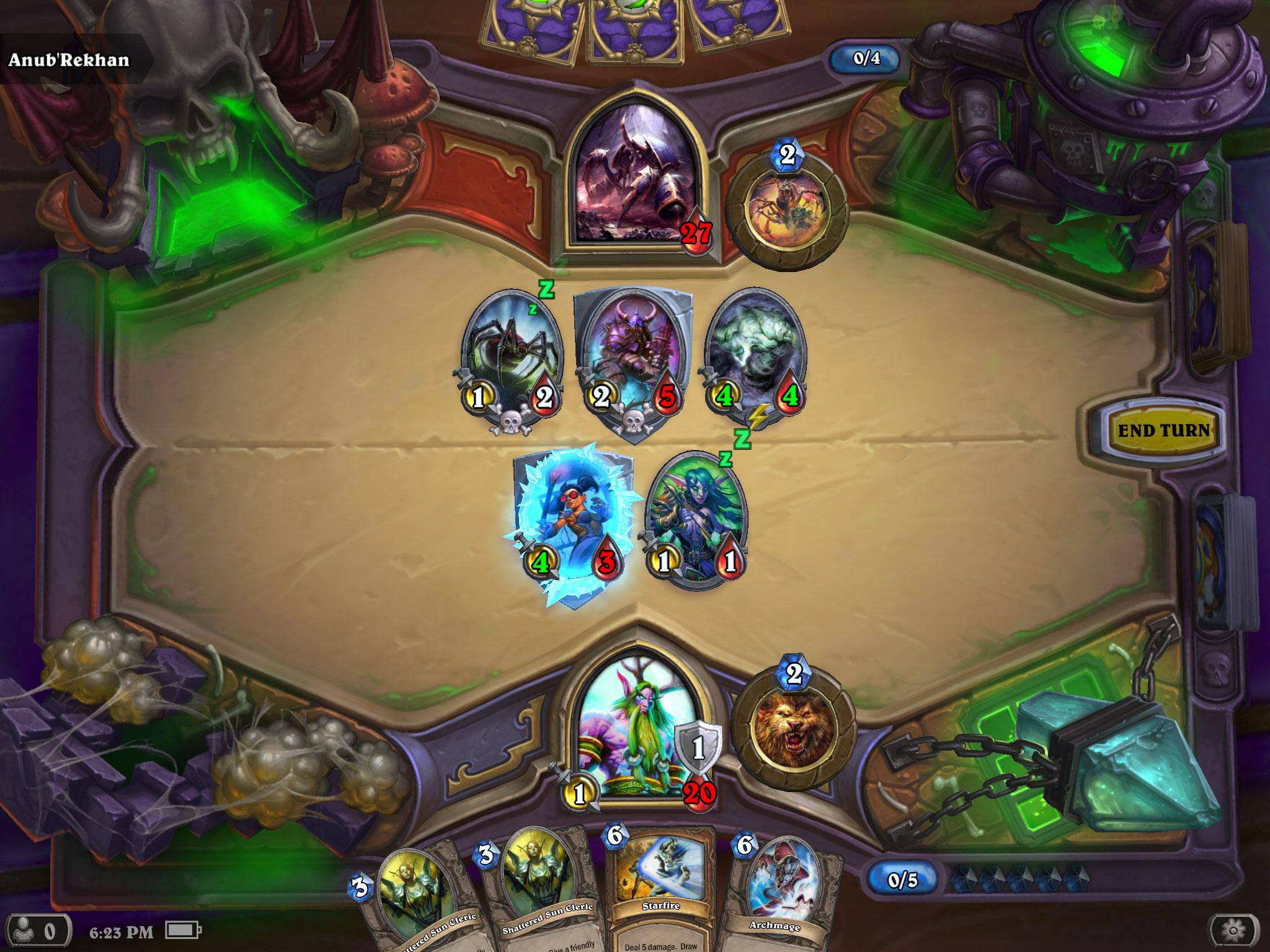 Of course, if you’re brand new to Hearthstone, you’re in trouble. While the practice AI may or may not give you much challenge, they at least provide the outline of what real play will be like. That is, by playing against an NPC Mage deck you will at least learn some Mage-specific cards, combos, and abilities.

The one-off Grand Widow Faerlina battle won’t teach you any such thing.

As someone that played a lot of Hearthstone around launch, and has fallen off since, I feel in an experiential middle ground. My decks aren’t groomed by forum posts and crafted legendaries, but I’m well aware of what I’m supposed to do – in theory, anyway.

The game grew stale after as I realized there was a ceiling, which to crack needed hours of chiseling away through forums on maximum efficiency, deck-building sites, and just grinding for dust and better cards. Once you reach that plateau, some friends of mine inform me, most use the same two or three variations, and strategy becomes hoping for the perfect pull.

To me, then, the biggest (ahem) draw of Naxxramas is the new cards. I’m Hearthstone literate enough to know my Ysera from my Ragnaros, so cutting through a single-player campaign feels like yet more grinding piled onto my backlog. 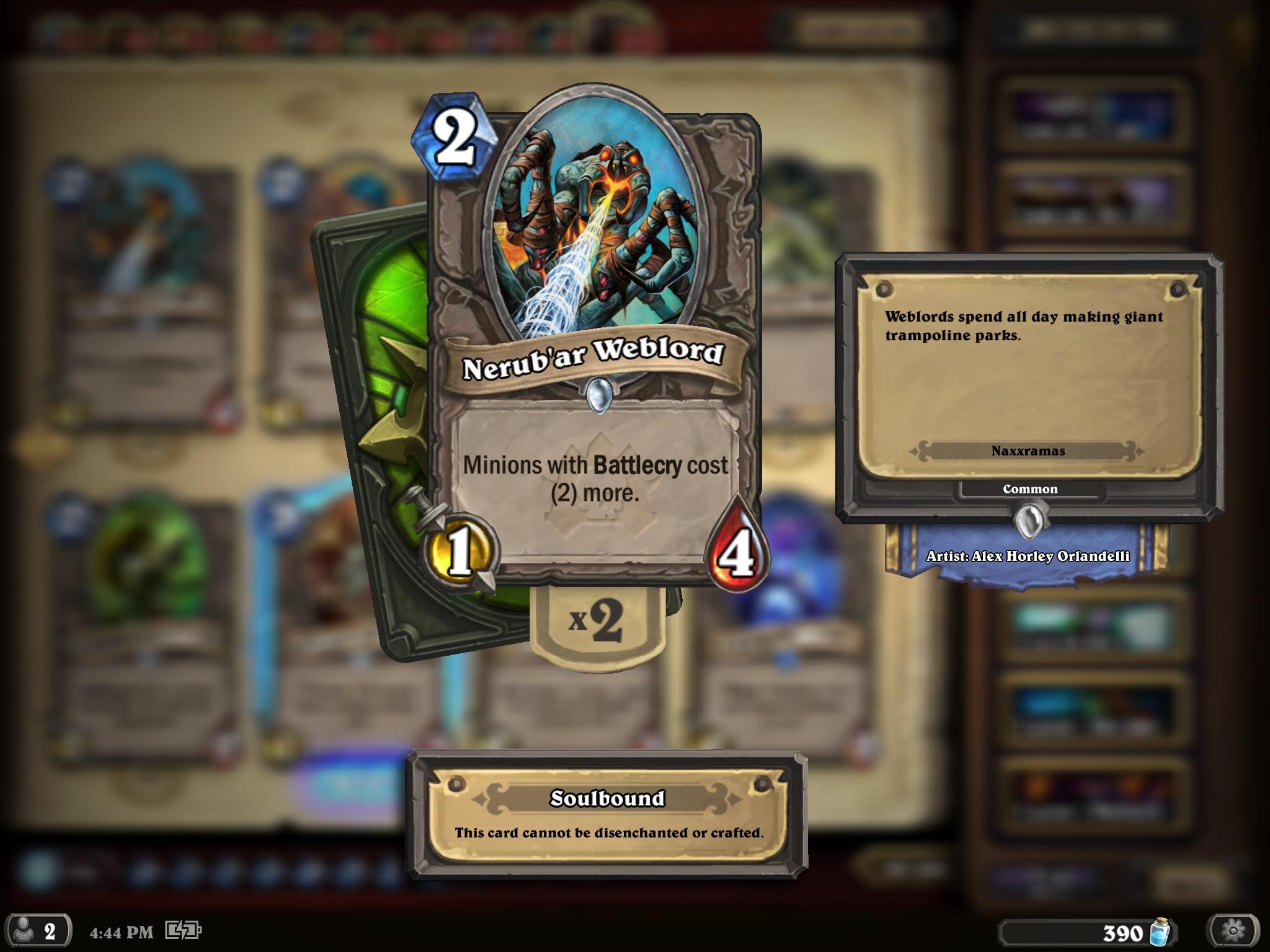 But without that experience, where’s the value in Curse of Naxxramas? Would you just spend real currency on digital cards for their own sake? How essential will these cards be among new decks going forward? If I don’t bother getting around to it until later, will I even be able to get the cards I already need?

Just as quickly as I realized offline play isn’t the focus of Hearthstone, Naxxramas taught me that the game needs to be a regular commitment if I’m hoping to escape the grind. For something that’s proved so addictive for so many, that’s likely a non-issue.

How is Hearthstone’s first expansion working out, then? For me, not as well as I’d hoped. For those that have every card, and play for the thrill of new card backs in ranked matches every month, I’m sure it’s a necessary breath of fresh air: one that could potentially feed into online play, the real thing that matters in Hearthstone.

Curse of Naxxramas isn’t the thing to turn a new or lapsed player into an addict. It’s a palliative to the scores of people who already are. Single-player may not be the crux of Hearthstone, but for now it’s the game’s best shot at keeping the players it already has.