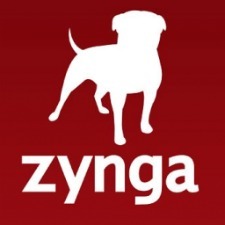 Zynga announced today the acquisition of Newtoy. Name doesn’t ring a bell? Newtoy is the mobile game developer of Words with Friends, which may be familiar among the 12 million or so people who have played that game on iOS devices, including the iPhone, iPad, and iTouch.

This acquisition marks a turning point for Zynga in its quest to expand from Facebook and iOS devices. Zynga has been super successful at creating Facebook games (today’s big release of CityVille is just one example) but not as successful so far on the iPhone and iPad.

True, Zynga games (FarmVille, Zynga Poker, Mafia Wars) on the iPhone and iPad are being played by 10 million users monthly. This may sound like a princely sum, but its nothing compared to their Facebook numbers (around 250 million monthly players).

The fact that the free version of FarmVille only cracked the Top 10 List for a short period of time and never reached the #1 spot on iPhone can only be seen as a failure given how high expectations were when Zynga introduced the game on stage with Steve Jobs at an Apple event earlier this year.

The acquisition of a mobile game company like Newtoy with its development talent will enable Zynga to continue to successfully expand from Facebook into the social mobile market, which is getting all the industry buzz right now.

Curiously, Newtoy (or Zynga with Friends, as it is referred to now) is not known for its social gaming expertise. No one playing Words with Friends is spending real money to buy a vowel.

However, Newtoy did develop We Rule with ngmoco (that company’s first foray in social mobile) and members of its team worked on the Age of Empires franchise for Microsoft (editor note: is it just me, or did every single game developer based in Texas help to make Age of Empires? I digress).

I highly suspect that this studio will focus in the future less on games like Words with Friends which are highly popular and more of the social freemium games that Zynga excels at making money on.

We can also predict that this will be one of major acquisitions Zynga makes to expand into social mobile, with the next purchase being focused on social mobile technology.