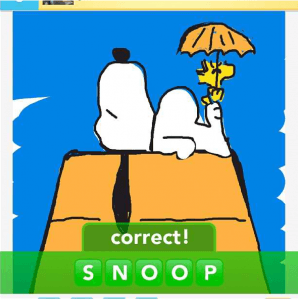 It was only four days ago that our very own Joel Brodie was predicting that “based on Zynga’s pattern, they probably are offering to buy OMGPOP as we speak.” When rumors suggesting the same surfaced on Monday, it seemed all but inevitable. Now the inevitable has come to pass. Zynga has just announced their latest acquisition; the purchase of Draw Something creator OMGPOP.

As far as acquisitions go, this is one that makes perfect sense for Zynga. Zynga’s “With Friends” franchise (that resulted from an earlier acquisition itself) has pretty much set the standard for asynchronous multiplayer gaming, and Draw Something has quickly become the genre’s latest king. In the last six weeks, the game has seen more than 35 million downloads. In the last week alone, more than a billion drawings were created.

“The OMGPOP team has created a game that’s fun, expressive and engenders real social interaction,” said Mark Pincus, founder and CEO of Zynga. “Draw Something has captured the imagination of millions of people around the world. We love the way they’ve worked playful and relevant culture into their games from Devo to Daft Punk, from Lin to Beckham. We’re honored to have the opportunity to partner with and support such an innovative team of creative inventors.”

Zynga isn’t ready to talk the financial side of the deal just yet, but All Things Digital are reporting that this purchase may have set them back $180 million, with an additional $30 million in employee payouts bringing the grand total to $210 million. Mind you, without an official word from Zynga or OMGPOP, any figures you hear at this point should be considered purely speculation.

The one part of the deal Zynga is willing to talk about is the future of OMGPOP’s CEO Dan Porter. Effective immediately, Porter is now Vice President and General Manager of Zynga New York. On a recent call with the press, Porter seemed excited about the new role. “Along with the other studios as part of Zynga in New York City,” said Porter, “maybe we can turn New York City into a new hot bed of game activity as well.”

Both companies seemed quick to stress that this purchase won’t change the game experience, but rather provide Porter and his team with the resources needed to improve the experience and the support needed to grow the audience even further. “The game will stay true to you and what you love, and it’s my solemn vow that the magic of Draw Something will not change,” says Porter. “We are not planning on changing the name to being Drawing With Friends.”

OMGPOP already has a sizable catalogue of games, ranging from Puppy World on the iPhone to Cupcake Corner and Gem Rush on Facebook. There’s no word on what Zynga’s purchase will mean for OMGPOP’s existing titles, though if I were a betting man, I’d think that Draw My Thing (the Facebook predecessor to Draw Something) will be a shoe-in for a Zynga.com release.