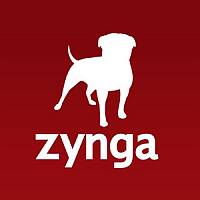 Zynga has announced today that they have acquired Area/Code, a New York-based game developer responsible for the well-reviewed social game, CSI: Crime City.

For those keeping track, that is 9 acquisitions in the past year, 2 of which were within the past 3 weeks. Aside from Flock which makes no sense, most of these acquisitions are smart moves. Zynga is not buying companies for market share (remember Playdom, anyone?) but for talent.

Basically, Zynga is on the strategic path to not only acquire every game player on Facebook but also any talented social game developer before they get too big. In the words of a famous game company from Japan, for Zynga, all your gamers and game developers belong to us.

Area/Code will now be called Zynga New York and Zynga will use that office to start to hire smart people from the very trendy NYC start-up scene. Expect a gamification company with big-time loyalty or geo-location programs to be acquired next.

The more successful Zynga is, the bigger a market for social games market will become, so that’s a good thing. I wonder, however, what the games world looks like if Zynga continues to acquire anyone remotely good. Zynga is not a monopoly (you can’t be if 99.9% of your distribution is from Facebook), but the gap between Zynga at number one and the number two and three social games company grows every single day with these acquisitions, which are now occurring, every…other…day.

As a side note, I actually ran into Demetri Detsaridis of Area/Code yesterday at the Gamification Summit and he didn’t hint at anything. Meaning, he can keep a good secret or my detective skills are lacking.

Google pulls an Apple on Kongregate