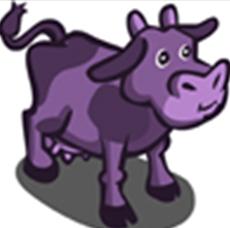 Zynga and American Express announced a partnership where American Express customers will be able to redeem their membership reward (MR) points for limited edition virtual goods as well as game cards for Zynga games.

Redemption offers start at 200 points and examples of goods that can immediately be redeemed are a FarmVille Purple Cow (540 MR points), a FarmVille Manx Cat (435 MR points) and the coveted Café World Amex Lighting Stove (1945 MR points, because when I think of stoves, the first brand I think of is . . . American Express)!

Joking aside, this is serious business. Though an industry first, the continual convergence of virtual items and currency with that of the physical world is the big story here.

Every time Zynga pulls off a major deal like this or Facebook offers its Credits in another physical store, we’re one step closer to the virtual goods nirvana that investors are betting billions on:

That virtual items and currency become as common to our everyday lives as frequent flyer points and Zynga or Facebook currency becomes as valuable and tradable as real world currency.

As discussed before, this is not so far fetched. If you were to calculate the total population of Facebook and the amount of goods and services traded, Facebook and its currency system of Credits would be among the largest economies and monetary markets in the world. And ever since we dropped the gold standard in the early 20th century so that the US dollar no longer corresponds to a measurement of gold, couldn’t you define the US dollar as the ultimate virtual currency for the past hundred years?

Right now, I’m either blowing your mind or boring you.

Back to the story, if you are an Amex member like I am, you can now redeem your points for virtual items in Zynga games and we expect this to be one of many such similar announcments in the future. Personally, I’m still going to collect my points and redeem for plane tickets or a hotel room. I’ll always prioritize my points on a real vacation instead of virtual getaways.