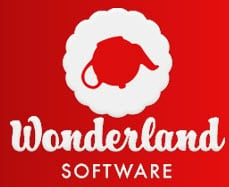 Zynga is continuing its push into the mobile space, this time by acquiring UK based iOS game developer Wonderland Software. The studio, which is arguably best known for GodFinger on the iPhone, is being rebranded Zynga Mobile UK.

In addition to the studio, Zynga is also acquiring certain, undisclosed IP, not including GodFinger, which likely still belongs to the game’s publisher, ngmoco.

“Wonderland is composed of an amazingly talented, creative team, known for developing deeply engaging and innovative games,” Zynga Mobile VP David Ko said. “This is a team that has developed novel game technology to tell engrossing stories and I’m incredibly excited to have Wonderland join Zynga as we build a presence in the UK.”

Wonderland was founded just two years ago by developers from several prominent UK game studios, including Lionhead, Codemasters, and Bullfrog. Studio co-founder and CEO Matthew Wiggins has been given the new position of General Manager of Zynga Mobile UK.

Zynga has now acquired a new studio in each of the past 12 months.

Stop thinking about platforms and start focusing on the people