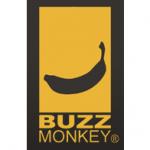 Everybody collects something. I, for example, collect old video games. It’s a costly habit, but you can’t put a price on happiness. And then there’s Zynga, one of the premiere collectors of talent in the games industry. Their most recent acquisition is Buzz Monkey, the studio behind games like Rinth Island for iOS and Army of Two: The 40th Day for PSP. Quite the variety, right?

From what’s been revealed of the deal thus far, it doesn’t look like they’ll be in possession of any of the studio’s previous games, a clause that’s rubbed developers the wrong way in the past. Instead, the acquisition will see Buzz Monkey’s headquarters turn into Zynga’s Eugene, Oregon office.

Given Buzz Monkey’s pedigree, it’s worth pondering whether or not this move means Zynga is interested in bringing games to consoles. It seems highly unlikely, in light of how well the mobile and free-to-play markets have treated them. But crazier things have happened, as evidenced by the brilliantly backwards move of bringing Infinity Blade and Fruit Ninja to arcades. And there have been rumors.

Having worked with Zynga in the past on FrontierVille, the acquisition makes a good deal of sense. And I’d have to imagine the recently released Rinth Island contributed, considering its critical reception and popularity.

If you want to find out more about Buzz Monkey, it just so happens we recently interviewed the developer, wherein you’ll discover which NES game served as an inspiration for Rinth Island. The answers may shock you! Or not. That’s cool, too.

Bejeweled heads to Japan courtesy of PopCap and GREE