Zynga accounts for 12% of Facebook’s revenue 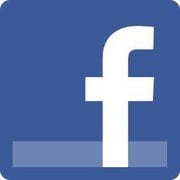 As was widely predicted, Facebook filed for its initial public offering today, with a staggering value of $5 billion. What wasn’t expected, though, was just how much of Facebook’s revenue came from the platform’s biggest game developer.

“To date, games from Zynga have generated the majority of our payments and other fees revenue,” the statement read.

In addition to providing revenue from virtual goods purchases, Zynga games also increase the number of pageviews on Facebook, which in turn leads to increased advertising revenue.