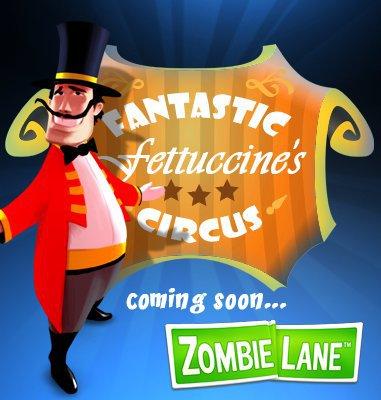 Digital Chocolate has done a great job of keeping Zombie Lane continuously stocked with new content, including weapons like the newly launched sentry gun. But it looks like the developer might be going a step further with the next update, which will bring what are being described as “adventure areas” to the social game. And it all starts with a circus.

The news comes via the game’s Facebook page, which provides little information other than a teaser image for an area called Fettuccine’s Fantastic Circus. According to the site, the circus will be just the first of four planned new areas.

How these areas will work and what you can do in them remains to be seen, but expansions like this are becoming increasingly popular for Facebook games. Recently FarmVille added new areas in the form of the English Countryside and GagaVille, while Ravenwood Fair expanded with a subterranean section dubbed Ravenstone Mine.

Though an exact date hasn’t been announced, the circus should be available to play at some point this week. Let’s all hope that the clown zombies aren’t too scary.

Update: Just as I hit “publish” on this news, the Zombie Lane page was updated once again, this time with an image of one of the aformentioned clown zombies. They don’t look that scary. 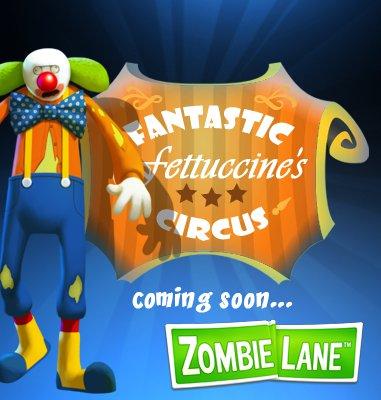