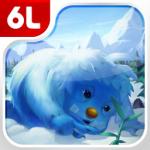 Last week indie studio Spry Fox, developer behind the cross-platform hit Triple Town, announced that it was filing a lawsuit against 6waves Lolapps claiming that the publisher’s game Yeti Town was a copy of Triple Town. 6waves has since responded and denied copying the game.

A statement released over the weekend claimed that 6waves was in talks with Spry Fox to publish Triple Town, and received early access and information not available to the public. But on the day that Yeti Town was released in the App Store, negotiations ended abruptly.

However, 6waves’ chief executive Rex Ng has since stated that the publisher did not breach any sort of non-disclosure agreement with Spry Fox.

“While it’s not included in the lawsuit, the authors suggest that our business development team shared information with our game development team about Spry Fox’s title,” Ng told VentureBeat. “I want to be very clear: this accusation is unjustified and plainly not true. We have not broken the NDA signed between 6L and Spry Fox.”

Save 50% on classic Sierra adventures on GOG.com this weekend