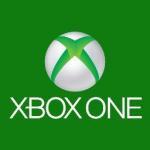 Among the many questions gamers had going into today’s Microsoft XBox press conference was how the new console’s relationship with indie games would change. Because while the 360 was a haven for indie games through Xbox Live Arcade and the Xbox Indie Games program, it certainly appeared that the Xbox One might be moving away from indies in “It’s not you, it’s me” fashion.

The company made a point of trying to address that issue by devoting a segment of the presser to the topic of indie games, though it ended up raising further questions by showing off very few actual games. An Xbox One edition of Minecraft was the big reveal, and while it certainly qualifies as an indie game, it’s mega-hit status hardly makes it feel like Microsoft is standing up for the little guys by inviting it to the new console.

More promising was the glimpse we all got of Below, an upcoming rogue-like adventure game from Toronto’s Capybara Games. Very little footage was shown during the conference, but it was enough to make it stand out from the succession of very loud, mostly combat-oriented titles that dominated the rest of the show.

And while it appears developers can still find more impressive ways to blow things up, just paying lip service to the concept of Xbox One as a home for creative indie games isn’t going to put people looking for something out of the ordinary at ease. We know the new console (and the PS4 too, though that reveal is still to come) will do bigger, prettier, and open world everything. If it’s supposed to be all things to all gamers, though, it’s going to need to have smaller studios who can take more creative risks along for the ride.

As the Brits might say, it’s early days for the Xbox One, and while we learned the price and launch window today, there’s still plenty we don’t know. Maybe indie studios are laboring away on intriguing next gen projects as we speak. All we can be certain of is that the Xbox team had a chance to express its undying love for indies today, and what we got looked like a mild case of like instead.