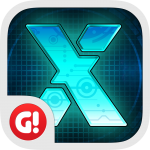 Firaxis did an amazing job resurrecting the XCOM (or X-COM, if you prefer) with Enemy Unknown. Now that their alien invasion strategy simulation has its own outstanding port on iOS, it was only a matter of time before imitators made their way to the platform as well.

With a name like X-Mercs: Invasion, developer Game Insight isn’t making any bones about where its inspiration comes from.

“In X-Mercs: Invasion, players will spearhead their very own military campaign,” the developer’s press release reads “by assembling an army of the finest mercenary soldiers in the world, constructing a military base, and researching and converting alien tech into deadly weapons to use against their extraterrestrial creators.”

There are no details on pricing for the iPad game as yet, but Game Insight’s track record implies free-to-play.

For as direct as the comparisons between X-Mercs and XCOM sound right now, I admit I’m a little excited to see more turn-based strategy games at all – especially of the “steal alien research and use it against them” variety. We’ll see if X-Mercs can live up to the comparisons it draws to itself when it launches “soon,” according to Game Insight.