Wrestler: Unstoppable dev gets $7.5 million in funding for 3D tech 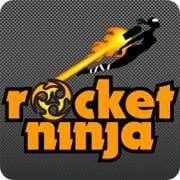 Rocket Ninja, the developer behind the Facebook game Wrestler: Unstoppable, has received $7.5 million in funding in order to help the company “define the future of social 3D on the web.”

According to the developer, the funding will be used to expand its team in order to create additional games and applications, as well as continue development on its 3D engine Shr3D, which allows for 3D browser-based games without the need for downloads or plug-ins.

“3D revolutionized the gaming industry, and it will forever change the social web by delivering a new dimension in self expression and interactivity,” Rocket Ninja CEO Oded Pelled said.

“There’s a need for a company that has the technology, the killer apps, and the savvy to showcase compelling 3D in entertainment across the social web. The team at Rocket Ninja has cracked the code for making 3D applications accessible, easy to use and fun.”

Rocket Ninja’s next game has yet to be announced.

Playdom’s Social City and ESPNU shutting down in December