When we look back at the year that was, we like to celebrate the best of the best. But what about the absolute worst? Yep – 2011 was filled with a lot of stinkers too, and some of those lousy things popped up more often than others. That makes them trends. Awful, awful, trends. And while most of them will carry over into the next year, we’re all going to close our eyes and wish real hard that we don’t see any of this nonsense in 2012.

“Well of course Facebook is dominant in social games,” you say. “Where else are people going to go?” That question, my dear readers, is the very point of this entry.

Remember when Google+ launched earlier this year, and people were abuzz with a viable alternative to Facebook? Then they quickly launched the Google Games service on Plus, and it looked like we were in line for a finely curated alternative to Facebook gaming? That was months ago, and in that time, only 28 games have launched – most all of which, it seems, are also available on Facebook.

MySpace was going to reinvent itself as a destination for social gaming. Hi5 was prepping to do the same thing too. But at the end of the day, people are only going to play where the people they already know are, and that’s Facebook.

Could Zynga’s upcoming network, Zynga Direct, be the thing that changes the tide in 2012? We’re looking forward to finding out.

Let’s not confuse matters any – when a developer releases a game on a single platform, that’s totally fine in our books. Likewise, if they release a single-player experience on multiple platforms, we don’t see a single reason to work any kind of cross-platform compatability into it. But when your games are built around the idea of social and multiplayer elements, and they’re available on more than one platform? Those platforms had better be prepared to talk with each other without fail. 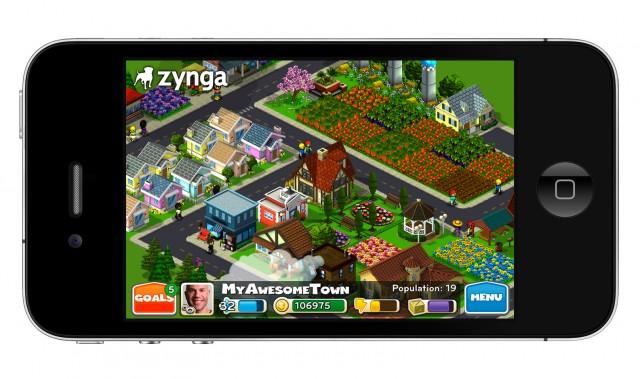 Time and time again, we’re seeing social games hit multiple platforms without any kind of proper cross-platform support. Sure you can play CityVille on Facebook and on your iPhone/iPad – but you have to build two separate cities. Likewise, Smurfs’ Village may have hit the Android Market this year, but iPhone Smurfers can’t hook up with their Android friends. Worse yet, Android gamers don’t seem to get any of the seasonal content updates that iOS gamers do!

There are a lot of developers that are bucking this trend, and it’s something we’re delighted to see. Games like Buddy Rush, Shadow Era, and Words with Friends work beautifully between friends on different devices, but we need to see all games of this nature work this way. It’s a problem we complained about back in June 2011, and hopefully it’s one we’ll see eradicated by June 2012.

#3 – Casino games that you can pay into, but never cash out of

Online gambling has had a pretty harsh few years, especially in the US. It’s a business where you sign up, deposit money into an account, play as you would in a casino, and then – hopefully – withdraw your winnings without any problems.

But this entry isn’t about that.

What if I told you there was an online casino community that you paid real money into, gambled, won big, and never saw a dime of the winnings? Now what if I told you that you were aware of this in advance, and yet you still spent the money happily? Congratulations – you’ve just discovered the world of freemium poker and casino apps. 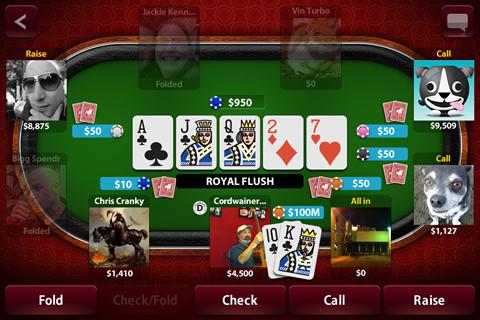 Games like Zynga Poker have been around for awhile now, but 2011 saw titles like this not only flood the market, but actually perform incredibly well. In fact despite its age, Zynga Poker still draws in nearly 30 million people a month, making it the fourth most popular game on Facebook. Two different “free” poker titles are currently sitting the Top 10 Grossing Games list in the App Store, followed closely by Card Ace: Casino at #12 and Slotomania at #26.

Seriously, people. If you’re going to spend the money, why not just go to a casino where you might get some back? No wonder Zynga’s launching the Zynga Casino brand.

Zynga is a tough company to measure yourself against. No matter how good your Facebook game might be doing, they’re bound to have one that’s doing better. Maybe that’s why so many companies are so quick to kill they’re great games. Living in the shadow of 50 million CityVille players has got to give you something of a complex.

Whether the Zynga measurement really has anything to do with this trend is anybody’s guess (though it’s clearly my working theory), but without a doubt, one of the worst trends of 2011 has to be popular Facebook games having their plugs pulled for not being quite popular enough. Playdom has been a pretty big offender here, killing games like Social City, Market Street, and ESPNU College Town over the last year. 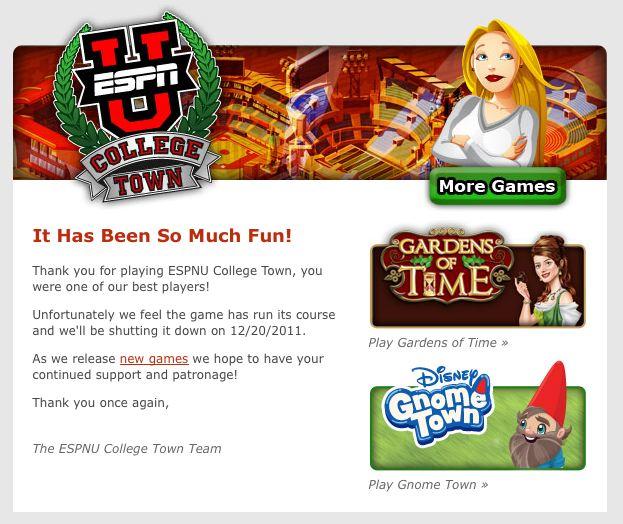 Sure their numbers were dwindling – heck, Social City was down to 270,000 monthly active users when the announcement was made, which is a far cry from the millions it received at its peak – but at the same time, it’s still in their top 10 most active games. And considering its success arguably inspired Zynga to create CityVille, Facebook’s #1 game, doesn’t it seem like they could have done something to stay relevant? Come on, Playdom. You have Disney money to throw around now.

It’s not like we’re trying to single out Playdom, either. Playfish killed My Empire, Hotel City and more, PlayFirst killed Diner Dash… the list goes on and on. Come on Facebook developers – if your game gains traction once, it can do it again. Don’t be so quick to throw in the towel!

Imagine, if you will, a world where every movie that came out was a horror movie. There were no comedies, no biographies – no historical pieces that make you think – just edge-of-your-seat, jump-inducing, pushing the envelope on acceptable, horror movies. Now imagine that they’re all set in a haunted house. Or an asylum. Or an abandoned amusement park.

Swap out the word “movie” for “hidden object game,” and you’ve just described 2011 in a nutshell. 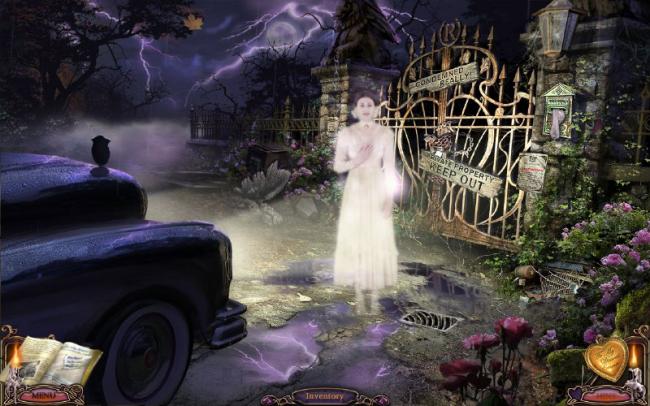 Scary hidden object games are nothing new, but they seem to have reached their zenith in 2011. Nearly every other HOG to hit the front page of Gamezebo this year was something designed to give you the willies. Shiver: Vanishing Hitchhiker, PuppetShow: Lost Town, Twisted Lands: Insomniac… the list goes on and on.

Some of them, like the recent Mystery Case Files: Escape from Ravenhearst, went so far that the game received a bit of blowback from the Gamezebo community. User reviews have described it as “absolutely GROSS in some parts,” and “rude crude and vulgar.” Even our official review described it as “not just thematically dark, it’s also straight-up grotesque in parts.” Really? Is this what we want in a game?

Note to developers: You know what the first HOG to earn a perfect score from Gamezebo was? Classic Adventures: The Great Gatsby. And there’s not a single missing foot or bag of blood-soaked bones to find.