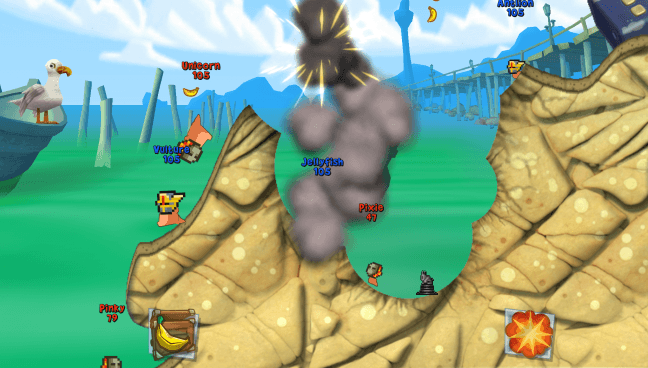 There’s nothing cooler to me than when two successful and respectable mobile games decide to team up for a special event that bridges together some of our favorite game worlds. Pulling double duty as a spooky Halloween update and an insanely cool cross-promotional tie-in to the cult sandbox crafting game Terraria, the latest Worms 3 update from Team17 features a number of fun and seasonal customization items and accessories to keep your worms looking stylish on the battlefield this October.

Judging from the first released screenshots of the update in action, some of these new Halloween accessories include pointy witch hats, creepy skull and wolf masks, and the humorous “nail through the head” gag – just what every worm cadet needs! 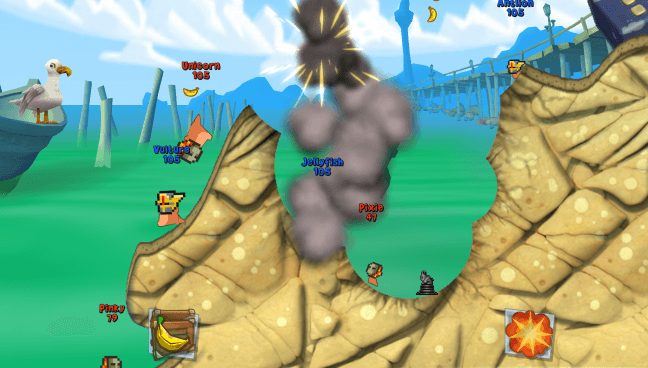 On the flipside, the new content based on Re-Logic’s Terraria, which also just celebrated a mobile release on iOS and Android recently, will bring more exciting customization items onto the battlefield, like the Molten Helmet, Hallowed Mask, Mythril Hood, Mining Helmet, Top Hat, and Archaeologist’s Hat. You’ll also find 5 Terraria-themed gravestones for when your worms bite the dust, and even an exclusive Terraria speechbank.

The coolest thing about the new Worms 3 update is that all of the Terraria content retains the pixelated 2D look and feel of the sandbox game, as it meshes awesomely with the new 3D style of the Worms series. The Halloween and Terraria update is live right now in Worms 3, and to celebrate its release, Team17 is currently offering the fantastic strategy game at a discounted price of $0.99 for a limited time only, so you’d better act now!

Brian Fargo on why crowdfunding trumps the traditional publishing model