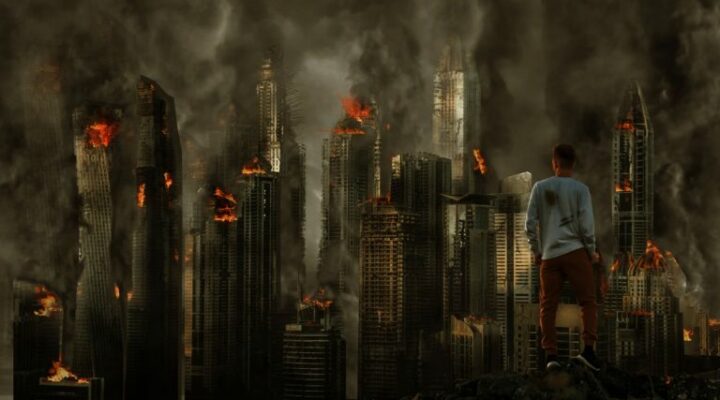 According to developer Asterisk Technology, World War 3 won’t lead to the extinction of all life on earth. That’s the good news.

The bad news is that World War 4 will happen immediately afterwards.

So goes the premise of World War 4 – Endgames, an inventive text-based MMORPG set in the aftermath of a nuclear holocaust.

If you haven’t tried the game out for yourself yet, this is the perfect time to strike. Asterisk Technology is rewarding the ten players with the highest strength at the end of the current season with real cash prizes via Paypal. We’ve got codes for every player to grab free goodies too – with more details on that at the bottom of this article.

Here’s what you need to know before you start. It’s the year 2030, and many of the world’s countries have been dissolved in the aftermath of nuclear war. A new world order is in place, dominated by eight superpowers, including USA, UK, United Middle East, United Europe, India, Australia, and Russia.

The gameplay sees you choosing one of these superpowers and embarking on a war for global domination.

Starting as a mere anonymous citizen, you need to work your way up through the ranks until you become president. You’ll also create companies producing anything from raw materials to finished goods like flour, machine guns, and real estate. You can view a complete list of products here.

As a military commander, meanwhile, you’ll build and deploy nukes, issue battle orders, and so on. There are several careers on offer, including Army, Worker, Politician, and Businessperson.

World War 4 – Endgames is a constantly evolving experience that sees you not only fighting on the battlefield but also trading products and stocks, attending auctions, completing daily tasks, participating in elections, and much more – all against a cunning population of rival players.

Asterisk Technology have made sure this is a comprehensive world you’re dropped into as well.

There’s a user created virtual economy for instance, boasting over 25 products such as Wheat, Pistols, and Ammo. Then there are 8 different currencies to use across a constantly shifting monetary market, and Presidents can also utilise nuclear plants to make Uranium – that can be used for weapons and self defence.

It can be a brutal experience too, as if you’re unable to survive the Doomsday the whole server will be reset – where you’ll only be able to keep a hold of your purchased characters and purchased keys. So take advantage of the special code below to give you the best chance of avoiding this grim fate.

There’s even the Doomsday Thrill mode, which transforms the game into a survival war RPG – where you’re tasked with surviving attacks from unknown origins for 7 days to win.

You can download World War 4 – Endgames for free right now on the Google Play Store.

To encourage you to join up, Asterisk Technology has provided this exclusive promo code to use in the game. Simply type GAMEZEBO in the relevant box to receive 100 Keys.