Words of advice for Robert Nay, the 8th grader that developed Bubble Ball 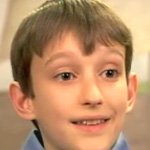 Robert Nay is a tremendously successful little man. Only 14 years old, Nay developed the iPhone game Bubble Ball, which quickly soared up the charts in January to become the #1 free iPhone app for a number of continuous days. But while Robert’s story is heart-warming, we’re also concerned about the young man’s future. College isn’t cheap, and being a full time game developer is hard work.

We picked the brains of 4 industry veterans to see what advice they might have for young Robert.

Early in your career, it’s important to surround yourself with like-minded,entrepreneurialpeople. Next summer Robert should come work at an incubator like YouWeb, where he can continue to foster his interests.

Other than the proverbial “stay in school” mantra, I would say keep doing what you’re doing. Game development is a unique field where you can directly apply what you learn in school, no matter the subject, with hands on projects without the need for super expensive equipment. Being someone who takes what they learn outside the classroom and goes and does something interesting or fun with that knowledge is already a huge step ahead of those that simply read things from a book and pass a test when it comes to hiring. The little but important details you learn when going out on your own to make a game usually aren’t covered in a class assignment or homework.

Having played Bubble Ball, it’s amazingly well put together. There are different routes you can definitely take to help make it into something profitable. The most straightforward one is keeping the game and initial set of levels free, and releasing different level packs that cater to different skill levels. Having played some of the harder levels, I’d be willing to check out an ‘expert/insane’ pack. One thing we’ve learned is that your most dedicated fans and hardcore players are willing to support you if you can keep the content coming. Depending on the amount of active users you have ads can also be a viable alternative. A more drastic route would be releasing a sequel or ‘Deluxe’ version on the app store. In the end, just make sure you’re open and honest about it. The app store can sometimes be a fickle place. As long as your users are aware of any big upcoming changes to the original game, they’ll be happy to continue to support you and give you feedback if you’re way off base.

It’s important to not make games only for ourselves, but for others. Take your game, hand it over to friends and family, young and old, and watch them play and don’t say a word, but remember everything you WANT to say. ‘err that’s not quite done’ or ‘ignore that bit’ or ‘just run past that monster’. Until you can be really proud watching someone else play your game, then it’s probably not ready yet.

First and most important, congratulations on reaching #1! If you’re interested in pursuing a career in game development, you’re most of the way there since you’ve already developed, finished and published a game. Finishing can often be the hardest part. When we interview people for positions at Firemint, this is one of the most important things we consider – has the person actually finished a game? For a programmer, we also look for a very solid grounding in mathematics, preferably at University level – so we’d definitely encourage you to continue on to BYU, whether you want to keep running your own business, or join a larger studio. Finally, best of luck with your second game!

College is expensive so make some money while the game is in the Top 10 on iTunes. A zillion game companies would love to be in your position right now so don’t think about the future, carpe diem.

Charge $1 for your game app. You will drop out of the Top 10 but you’ll make a lot of money as you drop. Then, contact any of the leading “App of the Day” programs and offer Bubble Ball as a free app for the day. Since there has been so much news around Bubble Ball, they will be interested and it’s likely you will end up back in the Top 10. After your day is up, go back to charging $1 again.

You should also be working with an ad network to help monetize the free game and do ad swaps with different games to drive more traffic to your game. Add Game Center support and try to get the user’s information so you can market your future games to them.

This all is pretty heavy for a youngster like yourself, but it’s actually pretty easy. Find an adult with business savvy (your parents, an aunt or uncle) and have them do this with you. It’s a good learning experience. And contact any iPhone game publishers or game companies you respect and ask them to mentor you to help manage this pricing strategy and just to learn more about how to be a successful game developer.