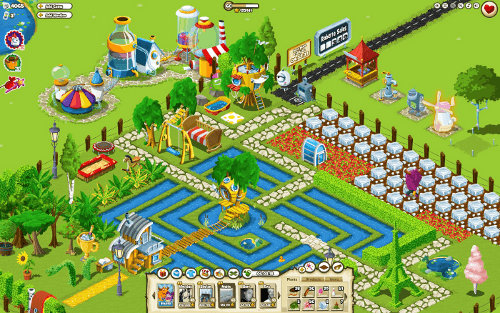 Timo Dries, Product Manager at Wooga, believes that love, passion, and creativity are important ingredients to a good social game. If utilized correctly, they can the hook the player in ways a game defined by metrics and statistics never could. Dries gave a talk on the subject at this year’s Casual Connect Europe.

“To be honest, we have no clue what our players want.” Perhaps not the best way to evoke confidence in the audience, but Dries had a point to make here: there is no magical recipe for creating the perfect social game. Bummer, right? The good news is that there are all sorts of steps you can take post-launch to drive up the player count. Dries knows, because he and Wooga went through this with Monster World. It might be a popular social game now, but it wasn’t when it launched. In response, the studio began running tests and tinkering with the game, though perhaps not in the ways you’re imagining.

“Nowadays everyone is talking about measuring everything, but I have the feeling a lot of people forget about one tiny little detail: games are about fun, passion, and love.”

The Power of Love

“One thing I realized while sitting in front of my Super Nintendo Entertainment System in the early ’90s was that people want to be rewarded,” Dries told the crowd. “And when I say rewarded, it’s not enough to shower our players with coins and XP and money.”

To Dries, the real rewards in a game—or at least the ones that inspire players to keep returning—come in the form of surprises. If done right, a good surprise can result in happier players, and provide them with ample motivation to tell their friends about the game. Free marketing!

Here Dries cited a character from Monster World named Robert the Robot. At first, players didn’t appear to be all that fond of him. In response Wooga livened him up by giving him a jump rope and other accessories to play with. This had a dramatic shift in how players viewed the character.

“At this moment we decided, every time we had some spare time we’d just try and add these funny little jokes and stuff to the game, just to keep the players entertained.”

Despite Dries’ emphasis on love and creativity in his talk, he wasn’t recommending that developers bid adieu to statistics and testing.

Put another way, keep paying close attention the metrics for your game, but don’t forget the importance of crafting an experience that continually wows and surprises the player.

Indie Royale’s Valentines Bundle 2.0 is overflowing with love (and games)

Games about love are a lovely $3.49 at Big Fish today