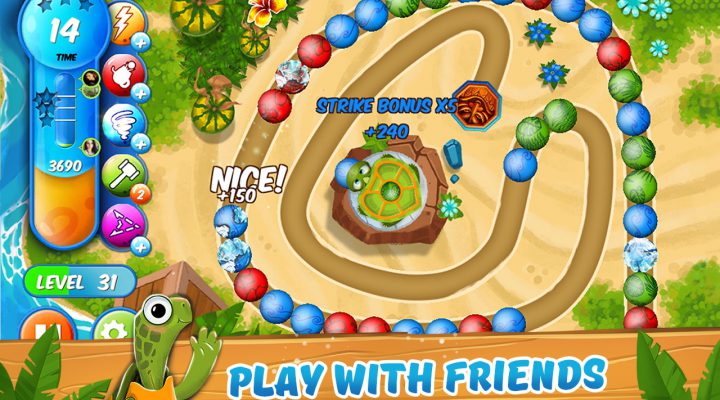 At this point you’ve probably already peeked at the screenshots for Woka Woka, so you’ll know that this is a Zuma-style game with plenty going on under the surface.

Woka Woka, from developer Two Desperados, takes the basic marble shooter template and adorns it with every innovation that mobile casual gaming has seen in the last 10 years.

But let’s start with the basics. In case you’ve never played a marble shooter before, the aim is to blast coloured marbles by matching three or more of them. These marbles are rolling along a channel that winds its way around a central turret, from which you fire the marbles that make the matches. 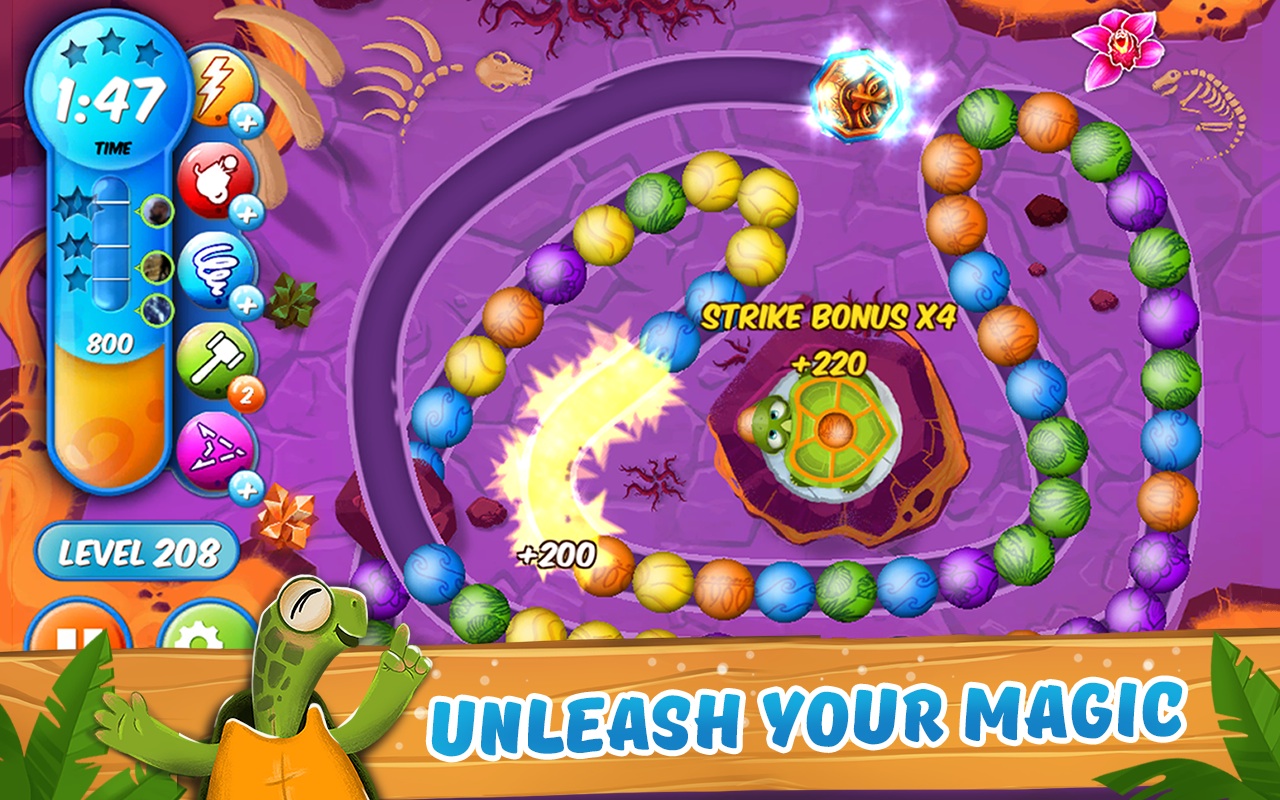 If the marbles reach a hole at the end of the winding channel then it’s game over. Fortunately, they vanish whenever you match them, allowing you to clear the screen before catastrophe strikes.

Now we get to the new stuff in this adventure. Among the marbles in Woka Woka are several novel kinds that contain power-ups. There are marbles that slow the other marbles down, pause them, or even send them back where they came from, buying you precious time.

Conversely, there are marbles that come encased in ice. You can’t clear them until the ice is gone, so you have to aim your cannon (well, turtle) at these marbles until the ice has been chipped away. If you’re lucky you’ll get a bomb in your turret, which you can use to obliterate swathes of marbles instantly. 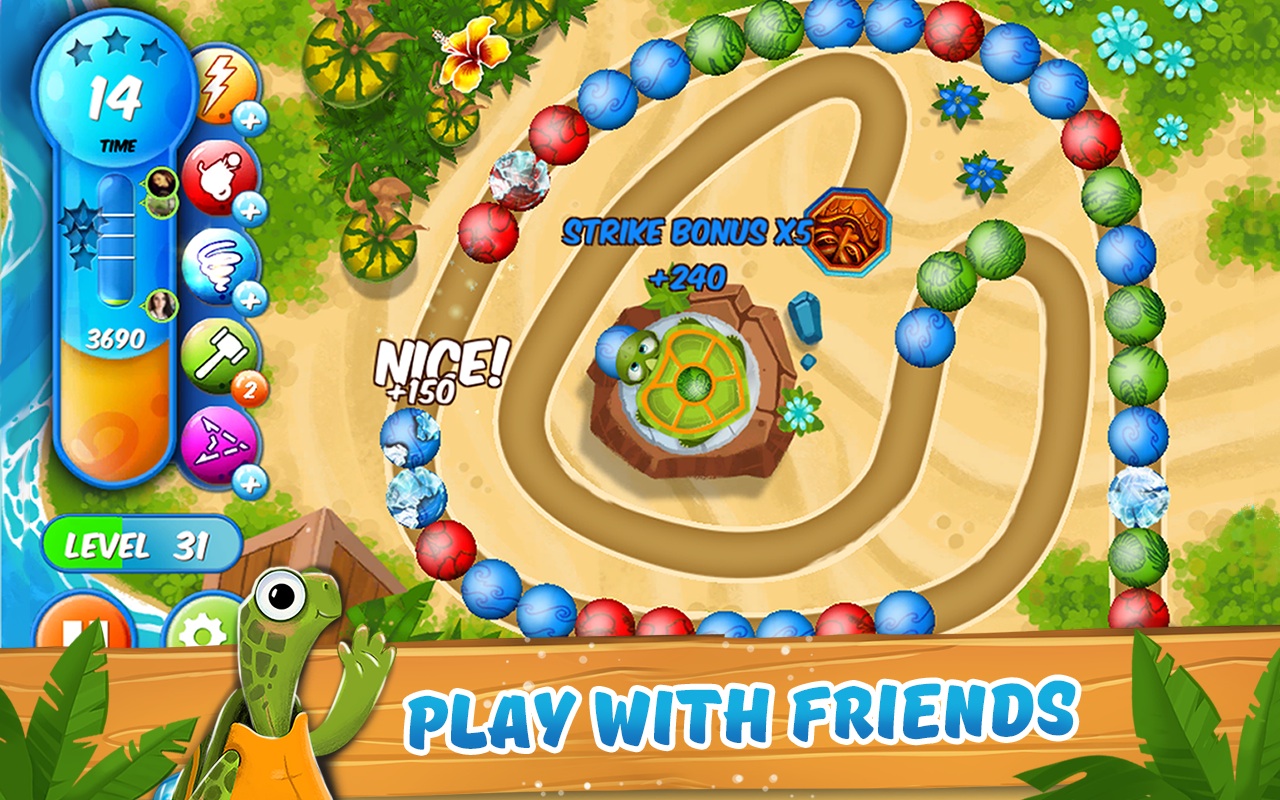 There are other ways to clear the field of marbles too, in the form of limited use power-ups like the Cannon, the Lightning, the Tornado, and the Mallet.

To stock up on consumable items like these you complete quests, open chests, claim daily prizes, and simply progress through the campaign, levelling up your XP.

With all these factors to juggle, Woka Woka is an incredibly rich, engaging, and addictive casual puzzle game. The core gameplay may be familiar, but the extras make it unlike any marble shooter you’ve played before.

You can grab Woka Woka for free on Google Play and the App Store right now.

Pyramid Solitaire: Ancient Egypt is your next casual gaming addiction