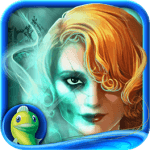 Few names are as synonymous with the hidden object scene as Big Fish Games, so when they have something new up their sleeve, you know it’s time to pay attention. And while the upcoming Dark Manor for iPhone and iPad doesn’t launch for a little while, two lucky Gamezebo readers will have a chance to jump into the action right now!

Want to be one of them? Be sure to follow Gamezebo on Twitter, where we’ll be giving away two promocodes today that will provide early access to the game effective immediately. To win, all you’ll have to do is be the first person to redeem the code.  Easy, right?

Here’s the catch – the codes will be missing a character, and you’ll only be able to discover that missing character by answering a Big Fish-related clue.

If you’re ready to play detective, be sure to follow us on Twitter and keep an eye out for the first clue later today!

Editor’s Note: If you’re in Canada, Ireland, or Philippines, you’re already a winner — the game has launched early in these territories and is available now.