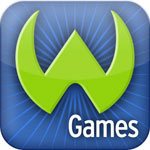 WildTangent has unveiled the new WildTangent Games, an updated online games service that will soon feature social games and Flash games along with WildTangent’s current catalogue of PC download games. As well, the new downloadable Games App will allow players to engage with Facebook, music, TV and other forms of entertainment without leaving the app.

“Our new games service will be an entirely new arena for both game players and the game developers who create great experiences for our consumers,” said Sean Vanderdasson, senior vice president at WildTangent. “We’ll continue to offer games tailored for all members of the household as well as our unique free/rent/own model. Now, however, developers of all types, including social developers and those whose games include digital items, can benefit from inclusion within our service.”

The preview of WildTangent Games, which takes over WildTangent.com, puts games front and center and displays them in three categories: Enthusiast, Casual and Family. The Games App, which can be downloaded from the site and runs independently, is a browser-like app that lets players access the games they’ve purchased and also add additional tabs for quick-access to Facebook, Twitter, hulu, Pandora and MySpace.

Users can also use the Games App to set tabs to follow specific channels on WildTangent that relate to the types of games they’re interested in, such as Hidden Object, Girl Power, Food, Cuddly Characters, and Adventure.

“We’ve been conducting focus groups and researching the gameplay behavior of our consumers, and believe we’ve created a service that will be enjoyable for our consumers as well as fruitful for game developers,” Vanderdasson said. “Some new game formats like social games and Flash games with digital items can be challenging to monetize. We’re bringing our digital currency and top advertising partners into the mix so our game players can now choose whether they’d like to receive a digital item as a ‘gift’ from a relevant brand, purchase digital items with WildCoins or choose other options. We believe we’ve created a great experience for everyone.”

Vanderdasson added that the company is eagerly looking forward to feedback via its survey located on the front page of its new service. The service is in “preview” mode and WildTangent plans to incorporate feedback into the release version of the game service.