Home / News / Who is going to be the Zynga of mobile gaming?

Who is going to be the Zynga of mobile gaming? 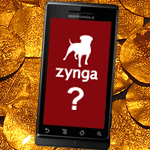 In a recent interview with PocketGamer.biz, Glu Mobile CEO Niccolo de Masi said that he wanted his company to become “the Zynga of mobile.” Putting their money where their mouth is, Glu has recently announced a shift in focus to freemium social gaming, with the first of these new titles arriving as early as this fall. But becoming the Zynga of mobile gaming isn’t as easy as simply declaring it – Glu has a good deal of competition for the title, and much of that competition has already begun to cement its social reputation on the App Store.

The most obvious publisher who could lay claim to the crown seems to be ngmoco. Their success with games like We Rule, Eliminate Pro, and Touch Pets Dogs have paved the way for freemium gaming on mobile devices. Over the past year they’ve snapped up Miraphonic – a developer of freemium social RPGs like Epic Pet Wars and Titan Wars, Freeverse – a more traditional developer with the declared intention of turning their products freemium, and the free-to-play social experience Charadium from its developer On5. Their Achilles heel? They’ve yet to branch out to a non-Apple platform. With the rising popularity of Android and upcoming competition from Windows Phone 7, being platform diverse could be key in becoming the #1 name in mobile social gaming. For whatever the reason, ngmoco hasn’t done this.

Diversity is something that recent start-up Sibblingz understands all too well. Launched by the same incubator that produced Crowdstar and OpenFeint, Sibblingz offers an engine that allows developers create social games for Facebook, iPhone, iPad, and Android at the same time. The first game to use this, Happy Island, proves the engine can absolutely deliver on its promise – but is any other game actually using this yet? Asides from this initial game announcement back in May, we’ve yet to hear a peep as far as other publishers getting into the Sibblingz business. The potential is there for Sibblingz to become one of the most important names in mobile social gaming – but as of yet, it seems to be unrealized potential. Here’s to hoping there’s a lot of hush-hush unannounced business going on behind the scenes.

The least likely candidate for the title “Zynga of mobile gaming” seems to be Zynga itself. Sure their recent release of FarmVille on the iPhone made a big splash, but their mobile efforts prior to that have been limited at best. Severely stripped down versions of Mafia Wars, Street Racing, and Vampire Wars round out the company’s anaemic App Store offerings, with a dash of Word Scramble 2 thrown in for good measure. If Zynga wants to get serious about mobile they need to start treating it less like a secondary platform and more like an exciting opportunity to engage gamers. I believe Mike Damone said it best: “wherever you are, act like that’s the place to be.”

Glu seems to be aware of the shortcomings of its competitors, and aims to address many of the concerns we’ve mentioned above. Multi-platform is a key strategy for the company going forward, with CEO de Masi telling PocketGamer.biz “you’ll get the same game experience as your friends no matter what phone you have.” Rather than employing a third-party engine like Sibblingz, de Masi claims that Glu has both the technology and the manpower needed to do this in house, giving them a competitive edge. And rather than simply extending successful Facebook games to mobile devices like Zynga has, Glu is planning to create original IP’s for mobile devices. All in all, so long as they have the games to back them up, it seems like Glu has the potential to do battle with the social big boys.

Then there’s the other option to consider: what if there never is a Zynga for mobile gaming? Would that be so bad? The biggest problem plaguing Facebook game developers is that there are a few big fish out there – Zynga, Playdom, Playfish, Digital Chocolate – garnering so much attention that smaller companies fail to gain any significant traction. In the world of smartphone gaming, the formula seems to swing in favour of the little guys.

Sure mobile gaming has its big players too – EA, Chillingo, Gameloft – but indie developers rise to the top of the sales charts just as often as their major counterparts. As I type this, 3 of the top 5 selling games on the App Store are from independent companies. Don’t think that trend will carry over to mobile social gaming? Think again. As of this writing, Tap Ranch by Bayview Labs outranks FarmVille on the Top Free iPhone Games chart. Tap Resort Party by Brooklyn Packet Co falls only a few rankings short of ngmoco’s We Farm. So does Fishies by Playmesh. The small gaming companies – social included – seem to have no problem pulling their own weight on the iPhone.

But with so many developers rushing towards the social space, both big and little, who is going to be left making traditional casual games on mobile devices? There’s a market for casual experiences like Rolando and Build-a-Lot in pocket gaming – but with the ever-growing move towards social, the pool of developers focusing on these is dwindling. The question, it would seem, isn’t who’s going to be the Zynga of mobile gaming – it’s who still has the courage to be something else?