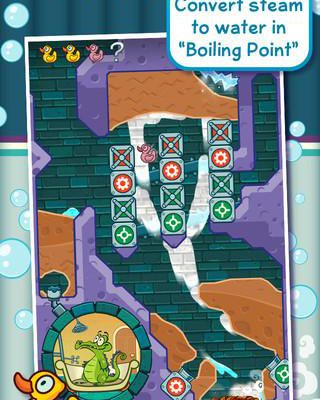 Disney’s Where’s My Water? was a surprising charmer when it came out earlier this year. Now, the game’s getting even better, thanks to its new update, titled “Boiling Point.” This addition includes new levels, new collectibles, and new gameplay mechanics.

Boiling Point contains 20 new puzzles for Swampy the Alligator to solve. That means the game now contains a total of 120 levels to play through. It also contains the sixth chapter and a new scene in Swampy’s story.

Meanwhile, the update also features a new mechanic: steam. Featuring some great truth in advertising, this feature will allow you to convert water to steam (and vice versa). 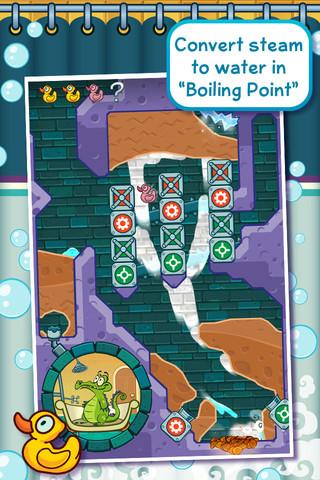 Don’t expect Disney to leave Where’s My Water? alone any time soon, either. Because of the game’s incredible popularity on the App Store, Disney has decided to create a weekly animated web series that’s set to launch in early 2012.

FrontierVille gets into the holiday spirit with Holiday Hollow update