Home / News / Where my critters at? LOLApp games disappear from Facebook mysteriously

Where my critters at? LOLApp games disappear from Facebook mysteriously 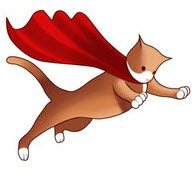 Earlier today, I saw a bunch of emails in my mailbox asking me where Critter Island and other games from LOLApps had gone. Call it a lack of journalism curiosity or just Saturday laziness, but I ignored it.

Dean Takahashi at Games Beat didn’t. Games Beat is reporting that all the LOLapps games have disappeared from Facebook for reasons unknown.

This is a big deal, in that LOLapps is one of the biggest social game companies on Facebook, with over 100 million users playing its games and spreading its quizzes and gift apps.

There is no apparent reason why the games have gone poof, leaving gamers to make up their own theories. The most interesting of which, is that the games have been removed by Facebook because they exploit a bug in the system for posting messages to user walls. Which only goes to show you, in a game of cat and mouse, don’t mess with the 500 million member feline. The cat, the house, Facebook, always wins.

This is just speculation of course. Whatever the reason, it is surely a bad and busy day at LOLApps headquarters.

A Facebook Game that pays you for losing money?