Almost every notable film director praises classics like Citizen Kane as inspiration for the movies they create today. But what past games inspired the Martin Scorseses of the games industry?

That was the question posed during the GDC session “Forgotten Tales Remembered” where Sid Meier, Will Wright, Cliff Bleszinski, and John Romero recounted the games that influenced them the most. The answers were both surprising and illuminating.

Will Wright, creator of SimCity and of course, The Sims, picked Pinball Construction Set by Bill Budge from 1983. Pinball, as Wright recalls, was essentially the video games equivalent of the 1960’s and 70’s, before the advent of the mass produced computer and home game consoles (Atari), so it was the most natural theme. In Pinball Construction Set you could create your own virtual pinball game by dropping in flippers, bumpers, and spinners, and change attributes such as physics and gravity. The game taught Will Wright that people like to construct things in gameplay, and the result was that the next game he started to work on was SimCity.

Sid Meier picked Seven Cities of Gold, released in 1984 by Dan Bunten. In this adventure game, you are a conquistador exploring the New World of the 15th Century in a quest for gold. The game was the first to feature an open world (Grand Theft Auto, anyone?), a random map (for replayability), and mixed genres. Most important, it showed that a game could be designed around a historical real-life situation. After playing the game, Sid Meier went on to design Pirates, Civilization, and Railroad Tycoon.

John Romero, designer of Wolfenstein and Doom, surprisingly picked Pac-Man as his most influential game. Romero points out that Pac-Man was a much more complicated game than just eating dots and being chased by ghosts. Each ghost had a unique personality that impacted how you played against them, and the idea of you being chased by ghosts but then turning the tables and chasing them when you munched on the super-dot was a pre-cursor to first person shooters (I sort of get it). The biggest lesson of Pac-Man was that the game was so different and out-of-the-box than any game before it. The game proves, according to Romero, that any game design can be successful. 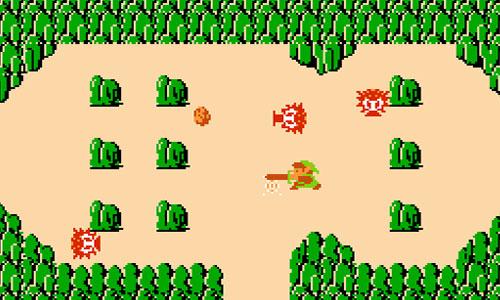 The most interesting part of the session was by Cliff Bleszinski from Epic Games. Mr. Bleszinski picked The Legend of Zelda because it perfectly brought him back to his feeling of childhood. His advice to aspiring game developers in search of inspiration for their games: look back to your childhood.

I met with many 20-somethings during GDC, getting previews of their upcoming games while they made me feel like an old-timer. I’d be curious to know what inspires this new generation. Surely, not Pinball Construction Set. Or maybe the new generation of game developers are similar to the Young Turks of filmmaking, and appreciate a classic?