Home / News / What does iPhone 4 mean for gamers?

What does iPhone 4 mean for gamers? 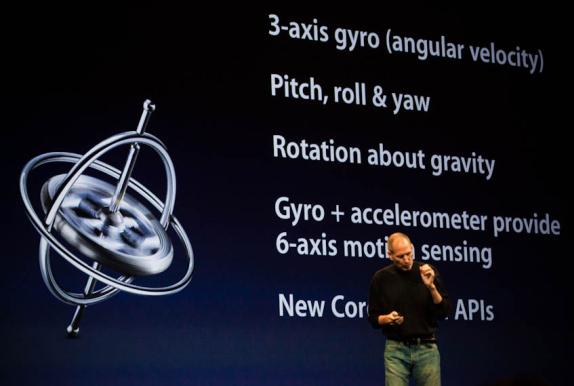 Every year around this time Apple holds its annual Worldwide Developers Conference, or as Apple fanatics like to call it, “summertime Christmas.” Each WWDC brings new announcements, new revelations, and most importantly, new toys for the electronically obsessed among us. This year’s big reveal? The iPhone 4, replete with so many new features that I’m just about ready to throw my new 3GS in the garbage. But what does the iPhone 4 mean for gamers?

iPhone 4 offers a mountain of new features for the digitally enhanced citizen of the future. HD video capabilities, front and rear cameras, engineered glass – we could go on and on. Instead of looking at the total package though, we’re going to look exclusively at the handful of features most likely to affect the mobile gamer.

The iPhone’s accelerometer introduced motion control to the mobile world, but the iPhone 4’s gyroscope is set to refine it. When combined with the accelerometer, it allows for incredibly precise 6-axis motion sensing. This could be fantastic for a whole slew of games, from flight simulators to first-person shooters – but don’t expect to see too many games actually take advantage of this.

Innovation is nice, but at its most basic, game development is a business. The only way to survive is to sell as many copies of you product as you can, and if you design a game that depends entirely on the use of the gyroscope then you’ve just limited your potential market exclusively to iPhone 4 owners. Don’t think developers care about such things? Take a look at the selection of games that depend on voice control – I can count them on one hand. Know why? First gen iPod Touch’s have no mic input. Developers need to cast a wide net to maximize their profits, and that’s simply not something gyroscope games can offer.

On a side note, the inclusion of the gyroscope is eerily reminiscent of Nintendo’s Wii Motion Plus announcement. After years of telling us how great the accelerometer is, Steve Jobs is telling us “the positioning is good, but not super precise.” While true, does it need to be? We’re not using it for open heart surgery or cross-stitching – we just want to tell Crash Bandicoot which way to drive. 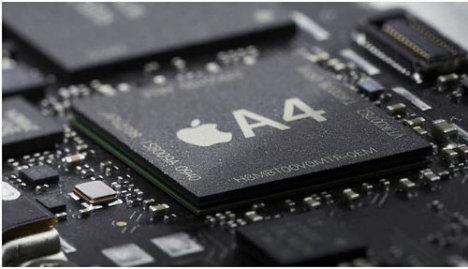 The Apple A4 is a 1GHz processor that originally debuted in the iPad a few months back, and tests have shown that it outperforms the 3GS’s 600MHz CPU by leaps and bounds. This is great… unless you aren’t planning to upgrade.

How often have you read a review or heard the complaint “this runs great on my 3GS, but when I tried it on my 1st gen iPod Touch the whole experience was a chuggy, sluggish mess”? New hardware that runs faster is great, but if you decide to stick to older hardware you’re going to find that there are more and more games that simply aren’t running as well as they should. While I doubt we’ll see an issue with many games in the immediate future, be prepared to start hearing those complaints thrown around again in the coming months. 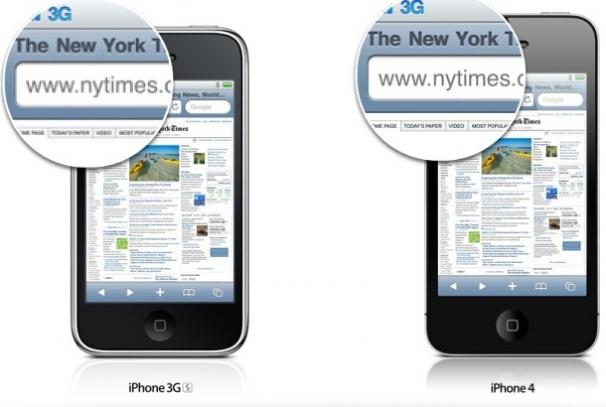 Packing 4 times the pixels of the current 3GS screen, the iPhone 4’s Retina Display promises a smoother and sharper experience then you’d have ever thought possible on a mobile device. Weighing in at 960×640, this thing nearly packs as many pixels as the iPad into a significantly smaller space. Just think of the graphical capabilities!

…unless, of course, you don’t. Developers looking to design their apps to cater to the new device will be able to create some jaw-dropping visuals compared to what we’re looking at now, but those visuals may need to push the processor hard enough that it’ll keep them from releasing on older devices. Like the gyroscope, it’s highly unlikely that any developer will want to pigeonhole themselves into a smaller market.

Worse yet, 4x the pixels means 4x the ugliness on games that weren’t designed for it. Ever notice how terrible standard definition channels look on your HDTV? Or how jaggy iPhone games look when upscaled on the iPad? Now imagine playing playing any of the thousands of games you’ve already purchased on the new iPhone 4. Not necessarily a pretty picture.

The newly renamed and soon to be updated iPhone operating system iOS4 comes with a wonderful new bag of tricks for iPhone owners. Multitasking, folders, iBooks – the non-gaming aspects of iOS 4 run the gamut. Like all great new things in life, this one comes with a trade-off: if you’re still using an older device, you could be completely out of luck.

iOS 4 will work on iPhone 3G, iPhone 3GS, and 2nd and 3rd generation iPod Touch’s – but even then, the older devices will only have limited functionality. For example, multitasking will only be available on the 3GS and 3rd-gen Touch.

With the revelation that iOS 4 will have limited functionality on some devices (and remain completely unsupported on others), it seems somewhat inevitable that there will be new games that take advantage of the new OS that you simply won’t be able to get your hands on.

In addition to that – and we’re just speculating here – it’s entirely possible that Apple’s upcoming Game Center could require iOS 4. If that’s the case, an upgrade is most definitely in your best interests… though you could probably just get away with a $99 3GS. 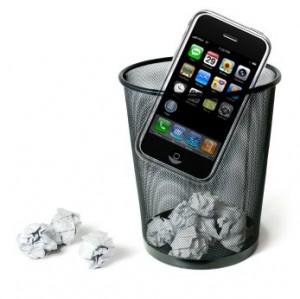 Do you need to upgrade?

If you’re only concerned about the gaming features, almost definitely not. The improved graphical capabilities thanks to the Retina Display will be a nice touch, but beyond that there isn’t really anything here that will noticeably stand out for the average iPhone gamer. Much to our surprise, the announcement of FarmVille and Guitar Hero for the iPhone were really the two biggest gaming moments of this year’s WWDC keynote.

We say hang onto your current models and wait to see what happens with Game Center. If you can run it, there’s no need to run down to AT&T any time soon — unless you care about all of its awesome non-gaming features, that is.

FarmVille for iPhone confirmed at WWDC