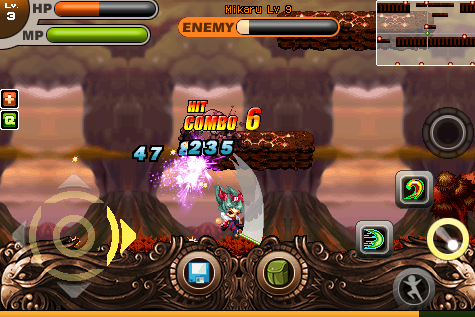 While publishers may be quick to entice developers to dabble in new markets, building games for a whole new audience can be tricky. What works well in the US might flop in Korea, and vice versa. As such, there’s a certain amount of risk that goes into looking beyond one’s borders. Korean entertainment giant CJ E&M is a company have decided to take that risk, releasing the action RPG Samurai Girl to the western audiences just last month.

We recently had a chance to speak with a representative from CJ E&M to learn a little bit more about the journey from Korean success to North American newcomer. Here’s what they had to say;

For the sake of our western readers who may not be familiar with your brand, can you tell us a little bit about CJ E&M’s success in Korea?

On January of 2011, The CJ group decided to merge 6 of our subsidiary entertainment & media companies and created CJ E&M to launch Asia’s largest Digital Contents Group. Together our market capitalization is 2 trillion won or about 1.8 Billion dollars.

Two of your top competitors in the Korean marketplace have seen great success in the West, with releases like Zenonia, Chronicles of Inotia, and Homerun Battle 3D cementing the names Com2uS and Gamevil as premiere iOS developers. Did their success in the App Store motivate CJ E&M to try the same?

Because Com2uS and Gamevil only specialize in mobile games and are quite smaller than us, they can make quicker decisions and move faster as well. We prepared to start this business at the same time, but it took some time to get our internal operations ready. We are currently on schedule and from the middle of this year we are hoping our plans will materialize.

The sensibilities of Korean and American gamers aren’t always the same. What challenges did you face in developing a title for a completely different audience?

For those not familiar with the game, what would you say is the one thing that makes Samurai Girl stand out amongst all of the action RPG titles on the iPhone?

The action of this game is a special feature we would like to point out. The combat of the main character, Hikaru, gives a remarkable sense of intensity and we are proud to think that the action is the best in any iPhone game currently being offered in the iTunes store.

What’s next for CJ E&M in the West?

At CJ E&M we are preparing a lineup of 10 different games this year. There are 5 SNG games, and our lineup will be in the mystery, puzzle, RPG, and other genres.

Thinking of checking out Samurai Girl for yourself? Be sure to read Gamezebo’s review to find out why it’s worth your time!