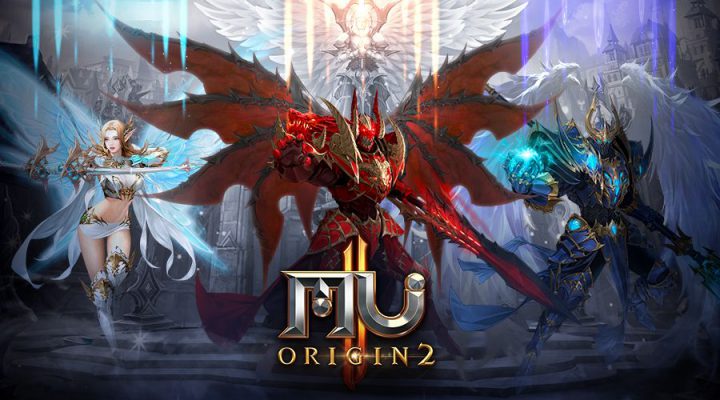 We all knew that MU Origin 2 was on the way. This much-anticipated sequel to one of the most popular MMORPGs of the last five years has barely been out of the headlines since Webzen announced it in January.

And now, at last, it’s here. MU Origin 2 is available to download on Google Play and the App Store.

We’ll pause here to let you set the download running.

While it finishes, here’s what you’re in for. MU Origin 2 is the sequel to MU Origin, which in turn is a spin off of MU Online, an online MMORPG that, incredibly, started life all the way back in 2001. The years have turned it into one of the richest and most established fantasy universes ever.

You can play as one of three classes: Dark Wizard, Dark Knight, and Elf. According to the aforementioned closed beta, Dark Wizard is the most popular, but don’t let that sway you.

Once you’re all set up, you can join a guild, form parties, raid dungeons, solve puzzles, and a lot more besides.

The best features of the previous MU Origin have made a welcome return, including the loyal pets that fight beside you in battle and the equally loyal mounts who carry you great distances across the MU continent.

You’ll complete quests, engage in team battles in a place called the Harmatium (because of all the harm), square up for 1v1 battles in the arena, and generally do all of the cool stuff you’d expect to be able to do in the most eagerly awaited mobile RPG of the year.

The smart money is on MU Origin 2 getting bigger and better as Webzen adds new content through updates (that’s what happened with MU Origin), but it always looks pretty great. The graphics are a step up, the gameplay interface is slicker, and the whole thing is reassuringly polished in that nice sequelly way.

Grab it now for free on Google Play or the App Store.

Revealed: MU Origin 2 Will Be Out on May 28th