MU Archangel 2, the much-anticipated follow-up to MU Archangel, is out now in Taiwan, Hong Kong, and Macau.

Gameplay-wise, MU Archangel 2 features all of the elements that fans of the series would expect to see, including the original characters, guilds, boss monsters, dungeons, and more.

Plus, for the first time in the franchise MU Archangel 2 features an ingenious group character growth system. This allows players to control a group of up to three characters, all with their own stats and skills.

This unlocks the possibility of skill combinations. Factoring in every possible permutation of skill and trait, there are more than 50 combinations to explore. That means there are hours of tactical fun ahead of you as you experiment to find the ideal combination for every conceivable situation.

In the future, Webzen will also add various PvP elements to MU Archangel 2, including large-scale raids. In the meantime there are various launch events to take part in, helping you to get to establish yourself in the early days of a game that will be around for years.

On top of all that, Webzen has partnered up with digital payments platform MyCard to celebrate the launch of MU Archangel 2.

All you need to do is top up your MyCard points to receive in-game rewards and the chance to win up to 50,000 MyCard Points, an iPhone 13 Pro Max, an Apple Studio Display, an iPad Air, or a MyCard cash coupon.

Assuming you live in Taiwan, Hong Kong, or Macau, MU Archangel 2 is available for free right now on the Google Play Store and the App Store. The Mycard event link is here too. 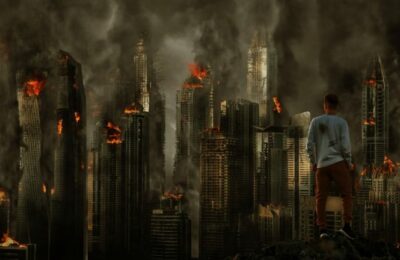 According to developer Asterisk Technology, World War 3 won’t lead to the extinction of all life on earth. That’s the...