Home / News / We talk pirates with a couple of Scurvy Scallywags: Ron Gilbert and Clayton Kauzlaric

We talk pirates with a couple of Scurvy Scallywags: Ron Gilbert and Clayton Kauzlaric 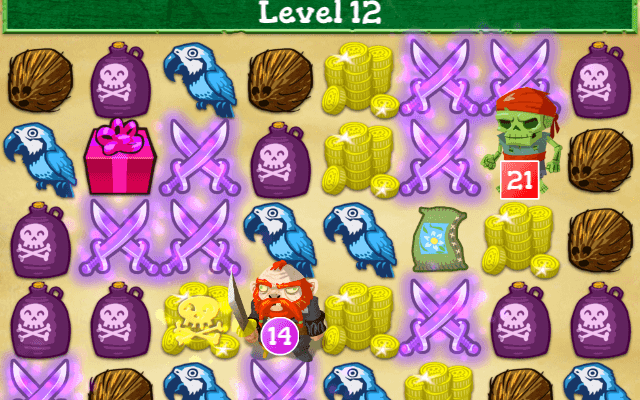 Once a pirate, always a pirate. Ron Gilbert, who created the much-loved Secret of Monkey Island and its first sequel, has returned to the high seas along with his accomplice, Clayton Kauzlaric. Their bounty is Scurvy Scallywags, a match-3 battle game for iOS and (eventually) Android.

What kind of challenges did these buccaneers face on the open seas of mobile development? We recently had a chance to ask the scurvy scallywags behind Scurvy Scallywags that very question. They were gracious enough to send their answer by sea via a message in a bottle. Pirates, am I right?

Gamezebo: Ron, you helped build some of LucasArts’ most celebrated adventure games (including the Monkey Island titles and Maniac Mansion), and Clayton, you’ve likewise worked on adventure/role-playing games like DeathSpank. What inspired you two to make the jump to the quicker, more action-oriented world of match-3 puzzle games?

Ron Gilbert: For me it was two things. The first is that I find I’m playing more games on my phone and my iPad than my PC or Xbox. It’s a platform that I really like and designing for it is a lot of fun. The second is I love to program and being able to work on small games where I can do all the programming is just a lot of fun for me.

Clayton Kauzlaric: It wasn’t much of a jump, really. DeathSpank could get pretty frantic. Ron and I also worked on an RTS game back in the day, so Scallywags wasn’t too scary for us. We also did a match-3 game some years back called Realms of Gold, and Scurvy Scallywags is kind of about taking that to the next step. 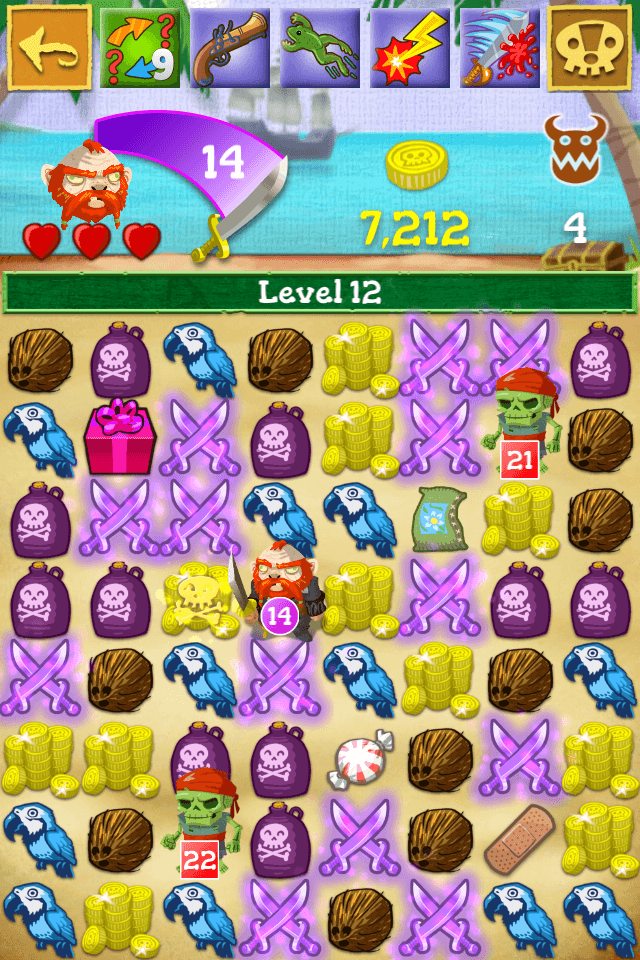 What prompted you two gentlemen to team up to work on mobile games in the first place?

Clayton: It sort of happened as an extension of the casual games we made for PC download some years back. The scope and style of those games is really similar. We’ve collaborated on a bunch of prototypes and experiments over the years and mobile development is a great avenue for trying out ideas and seeing where they lead.

Scurvy Scallywags has a lot of sharp wit and humor, something you don’t often see in a match-3 game. Can you tell us about some of the challenges that come with writing an engaging story and dialogue for a casual match-3 experience versus a more typical PC/console-based adventure game?

Ron: Telling complex stories in mobile games is always a challenge. Players tend to play them in short bursts and the vast majority of players only play for a half-hour and then quit. It’s important to grab players quickly. The stories need to be told compactly and with multiple layers of depth for players who want to go deep, but most importantly, the story needs to be somewhat optional. You need to have a game that is fun to play, even if the player pays no attention to the story. Humor is also a great way to keep players engaged. People like to laugh.

Can you tell us a little more about the emphasis on Scurvy Scallywags’ soundtrack and music-based premise? It seems like a lot of care went into the game’s audio.

Clayton: Once we settled on the pirate theme for the game, the idea that you’re collecting verses of a sea shanty came up pretty early in production – mostly because I really wanted to write the lyrics. It’s supposed to be a how-to guide for being a pirate, or advice you might get from a piratical Martha Stewart. The meta-story of the stage show was built on top of that and the music itself helped set the style for the rest of the game. Steve Kirk did the melody and arrangement of the Ultimate Shanty and coordinated all the singers and players. Steve carried the tone of the shanty into the other music in the game. The theater where the story unfolds is meant to be a little run down and threadbare, so Steve and I agreed that the instrumentation should sound like it’s a bit off-kilter. I think I asked Steve to make it sound like some pirates and 1930’s hobos formed a band. Steve totally ran with that and totally outdid himself. The end result is really all about Steve’s amazing skill as a composer. I still can’t believe he found a place to use a theremin. 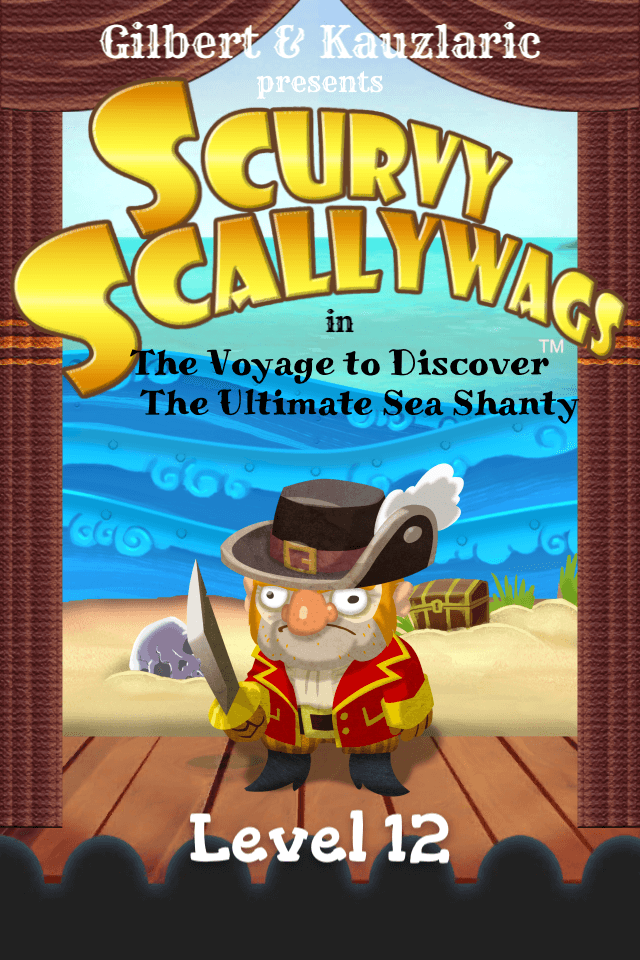 Scurvy Scallywags has battles, item-hunting, and even exploration mixed in with its traditional match-3 gameplay. Was it difficult to balance all these gameplay elements with one another and still come up with an experience that players of all skill levels can enjoy?

Clayton: This is where having two designers really helped. If we ever felt something was out of balance we just added another feature. That’s good value for the money.

Ron: Yeah, all design problems can be fixed by adding features! Pro-tip.

Let’s say your development team has consumed all the rum in the break room. Do you make them walk the plank, or do you just string them up and then use them for shark bait?

Ron: I make then go to the store and buy more rum.

Clayton: That’s what you call thinking outside the jug.