Home / News / Watch out Disney! Angry Birds gets its own amusement park game in China

Watch out Disney! Angry Birds gets its own amusement park game in China 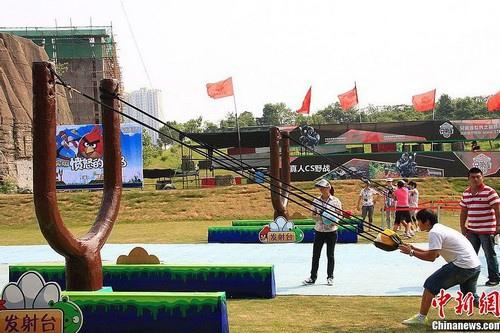 Actually, I better say, watch out Rovio! Like the fake Apple Stores, Techcrunch is reporting that a Chinese amusement park has created an unauthorized and very authentic carnival-like attraction based on Angry Birds.

Players shoot plush Angry Birds toys (authorized, probably made in China) with a giant sling into inflatable pig balloons. Based on the pictures, this beats any carnival attraction I have seen at a Stateside or County Fair midway, which have not been modernized since the times of Coney Island in the 20’s.

This puts Rovio in an interesting spot. On the one hand, this proves that Angry Birds is big in China. I have mocked Rovio for their Angry Birds-and-nothing-else strategy because I think the game gets boring after the 10,000th time playing and that you can’t build a billion dollar business around only one game IP.

On the other hand, if a Chinese amusement park operator is putting this much energy into creating this Angry Birds game attraction, maybe Rovio is onto something. Angry Birds is huge in China, and it just got introduced. If Angry Birds can become more popular to the new generation of Chinese kids and teens than Micky Mouse, then seriously, watch out Disney!

So, Rovio is in a pickle. Like an evil pig stealing eggs out of a birds nest, this Chinese company has stolen the Angry Birds IP to create their real life games attraction. Rovio must sue and stop it to protect their IP. If they do not, they create a horrible precedent in China where thousands of other copycats lurk. If they do sue, however, they risk being seen as evil pigs. The thing is — this game looks really really cool so they don’t want to take it down. This is great brand-building. 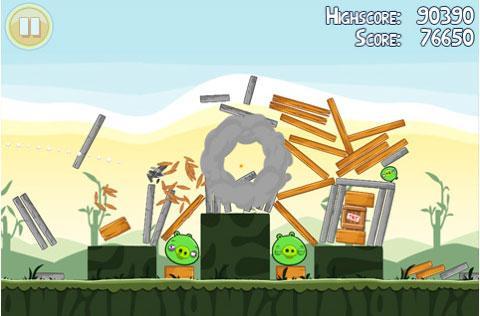 My take: send a business person to China with a lawyer and negotiate a deal where you get the Chinese amusement park owner to create this game to be played in the 1000’s of amusement parks in China and around the world, and bring it to the US.

Seriously, I have played Angry Birds 10,000 times, am bored out of my mind with it, but I’d happily go to my County Fair, down a funnel cake, and toss a plush Angry Bird doll to knock down a balloon pig.