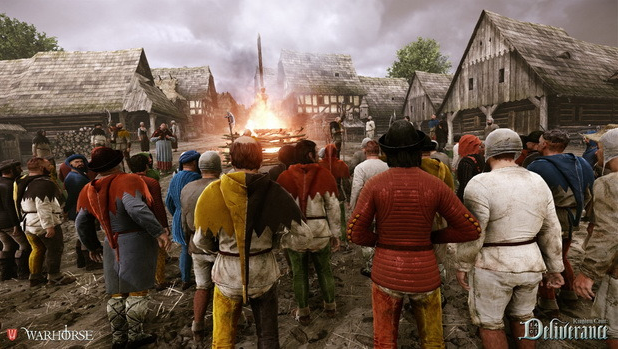 With over 18,000 backers and (as of this writing) £571,108 (roughly, $938,613), Warhorse’s upcoming medieval RPG, Kingdom Come, is on-track to be one of 2014’s biggest Kickstarter campaigns. Warhorse was founded in 2011 by game industry veterans who have previously worked on games like Operation Flashpoint, Mafia, Forza Horizons, Crysis 3, and more. Kingdom Come is being developed with CryENGINE 3, and Warhorse is anticipating a quarter four, 2015 release date.

Kingdom Come is a first-person medieval warfare game set in Medieval Europe that features a non-linear story where players can end up the hero, or the villain. The world of Kingdom Come is planned to be three-and-a-half square miles large, and Warhorse estimates that gameplay will last for over seventy hours.

“We want to bring you a strong story rooted in the height of the Middle Ages,” Warhorse explains on the Kingdom Come campaign page, “brought to life in all its glory…We want to make the experience as authentic as possible: real-world locations, real castles that don’t look like something from Disneyland, period-accurate armors and costumes, combat and fencing systems designed in collaboration with the most knowledgeable, skillful swordsmen around, and a story based on actual, historic events.”

For $24, backers get a digital copy of Kingdom Come’s first act (three are planned), upon the game’s release. For an additional $8, backers will gain Beta access to the game, as well as other bonuses.

While the Kickstarter campaign has met and significantly exceeded the established $300,000 goal, Warhorse is still pushing for stretch goals, at £600,000 a playable female character will be added into the game, and at £700,000 Warhorse will be able to afford proper motion capture acting into the game.