Video games are so hot right now. Specifically, games with digital cards that fight each other and multiplayer online battle arenas.

MMOs are quite popular as well I hear (at least developers continue to think so), and turn-based strategy games like XCOM: Enemy Unknown and Fire Emblem: Awakening proved that when people say they want more games in that glorious genre, they don’t actually mean more shooters.

These genres can’t possibly have anything in common, you say. They’re all such very unique snowflakes. You’d be wrong, of course. What they have in common is war: the eternal war of the Warhammer franchise from Games Workshop, to be exact.

In the past year or so, we’ve seen announcements for games like Space Wolf, Storm of Vengeance, and Eternal Crusade. Each of these is a Warhammer game (specifically the gothic sci-fi of Warhammer 40K, which is most popular here in North America) and each exploits a trend in the gaming industry.

Eternal Crusade is the MMO, which is a concept that survived the implosion of THQ in one form or another. It’s action-based (like fantasy-centric TERA) and free-to-play (like every MMO post-2011).

Storm of Vengeance is a “lane strategy” game, which is really just a made up word for MOBA (which is also made up, I suppose). Think League of Legends or DOTA 2, but with Space Marines and Orcs slapping it out for dominance.

Space Wolf is a bit more abstract. It’s a turn-based strategy game that uses digital cards to do battle. This capitalizes both on the resurgence of the former and the latter’s popularity thanks to Magic: The Gathering and even Blizzard’s up-and-comer Hearthstone. 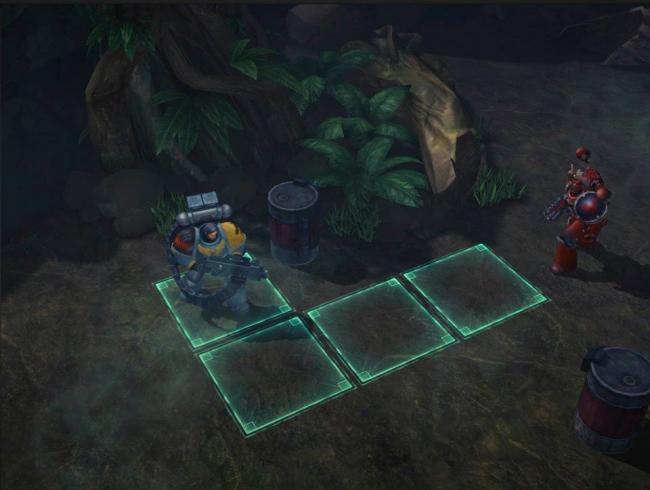 Another common factor is that we know very little about these games beyond their genres. I think that’s quite telling, and speaks of a pattern that has seen Warhammer’s popularity surge, even as its primary game – the one with painted figurines and tabletops – is still just as expensive and inaccessible as ever (as my box of unpainted Tau fire warriors can attest).

These aren’t the first Warhammer games to hit PCs and tablets. Relic’s Dawn of War strategy franchise has been quite popular. And while Space Marine didn’t garner quite the public attention it deserved, the games media was quite smitten with it. Warhammer Quest also had a fair few reviewers blushing when it launched earlier this year, and Space Hulk provided a serviceable version of the franchise’s board games spin-off.

And now we’ve finally come to it – board games! Like Warhammer itself, the world of fresh cardboard and plastic is more popular with the nouveau nerd crowd than ever.

The same kitchen-sink approach Games Workshop takes with video games has cropped up for months and years in physical games. Relic is nothing but a 40K reskin of the fantasy-based Talisman (the game’s box even states as much), while Space Hulk: Death Angel is a simplified, card-based version of the more complex original.

There are other, more original games like Horus Heresy and now Diskwars, but the trend remains the same. Games Workshop has kept the Warhammer franchise alive and thriving in the cardboard market by understanding the limitations of its own core game and appealing to every possible player.

The company’s philosophy toward video games seems no different – throw everything at the wall and see what sticks. If I was a businessperson, I might now use a buzzword like “diversification.” 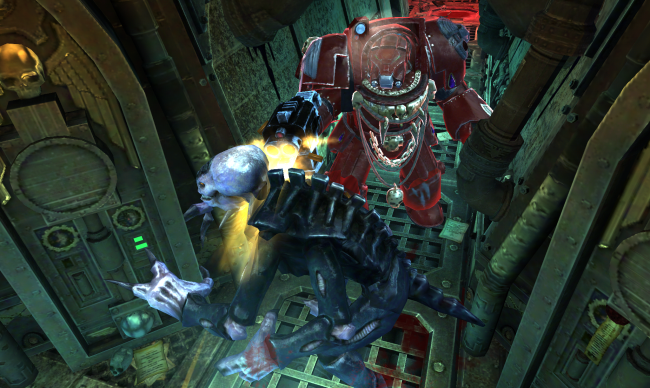 In the short-term this could be a problem for gamers and Games Workshop alike. In board games, there’s a more physical process involved in manufacture. There are pieces to mold and widgets to cut. It makes them expensive for the consumer, certainly, but it also limits the number that can be reasonably produced in a given period.

Video games have development time, of course, but it’s easier to get them into players’ hands and tablets. The problem Games Workshop could face is an oversaturation of the Warhammer brand across too many titles competing for gamers’ time, which is far more valuable than money. I’m also not wholly convinced on Eternal Crusade and Storm of Vengeance launching against the already heavily saturated MMO and MOBA markets.

Over time, however, the market will settle. By releasing games in multiple genres for free or little cost (most of these games have been announced for mobile devices, as well as PC) Games Workshop is turning the Warhammer franchise into its own sort of platform – a seal that means “this is a game in this genre, and we can guarantee it will have the gothic science fiction you recognize and a certain level of quality.” That’s assuming the games are of quality, of course.

Brand fatigue is always a concern, but the rising popularity of Warhammer shows that the fans aren’t sick of it yet. If the games are good enough – and different enough – this will be the start of some great new series and good news for gamers.

Trust me; Warhammer is so hot right now.

You’re not going crazy, you didn’t really click that ad