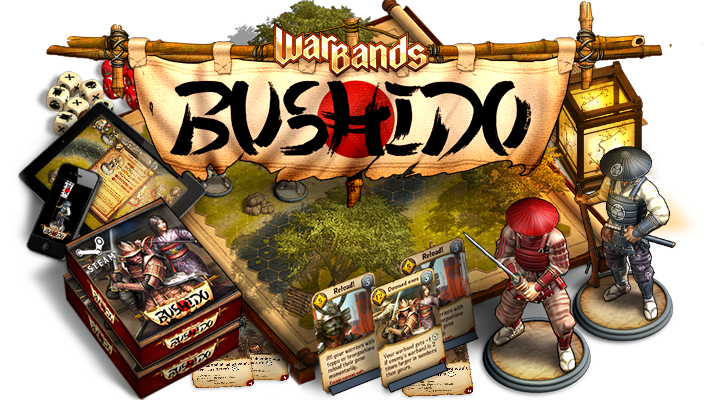 We’re living through a golden age of board and card games. Thanks to the technical capabilities of gaming devices and the multiplayer potential of the internet, creators are getting ever more ambitious and creative with their designs.

The result is titles like Warbands: Bushido, a new tactical card game from developer Red Unit Studios that has already enjoyed glowing write-ups from respected sites like Rock Paper Shotgun, Pocket Tactics, Wargamer.com, and others.

Warbands: Bushido boasts well-balanced gameplay and an intriguing Japanese civil war setting, with Portuguese mercenaries and Chinese pirates stoking the flames of conflict. But what we really like about the game is the way it sticks to its tabletop miniature roots. 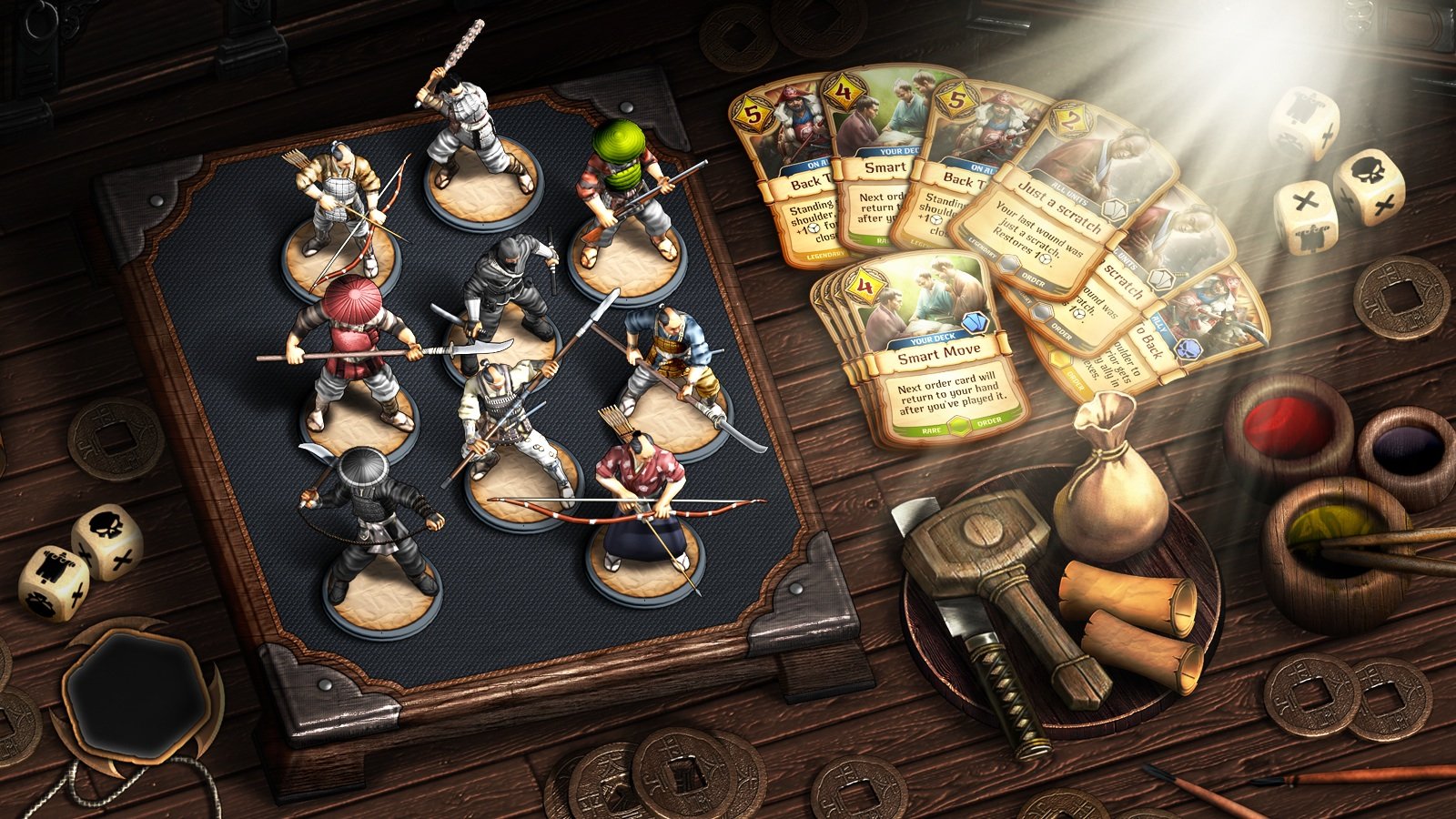 Just check out the screenshots. You’re playing with beautifully rendered little tabletop figures on realistic 16th century Japanese terrain, blending aspects of the physical playing experience with the stuff that happens in your imagination during an absorbing game.

Otherwise all the stuff you’d expect to find in a tabletop RPG set is present and correct. There are cards, dice, and more than 50 different paintable miniatures.

To succeed in battle you’ll need to pick a strong deck, play your cards wisely, know how to deploy your special equipment, and move your various units with the tactical ingenuity of Kusunoki Masashige, using cover, positioning, and the attributes of your units to best effect. 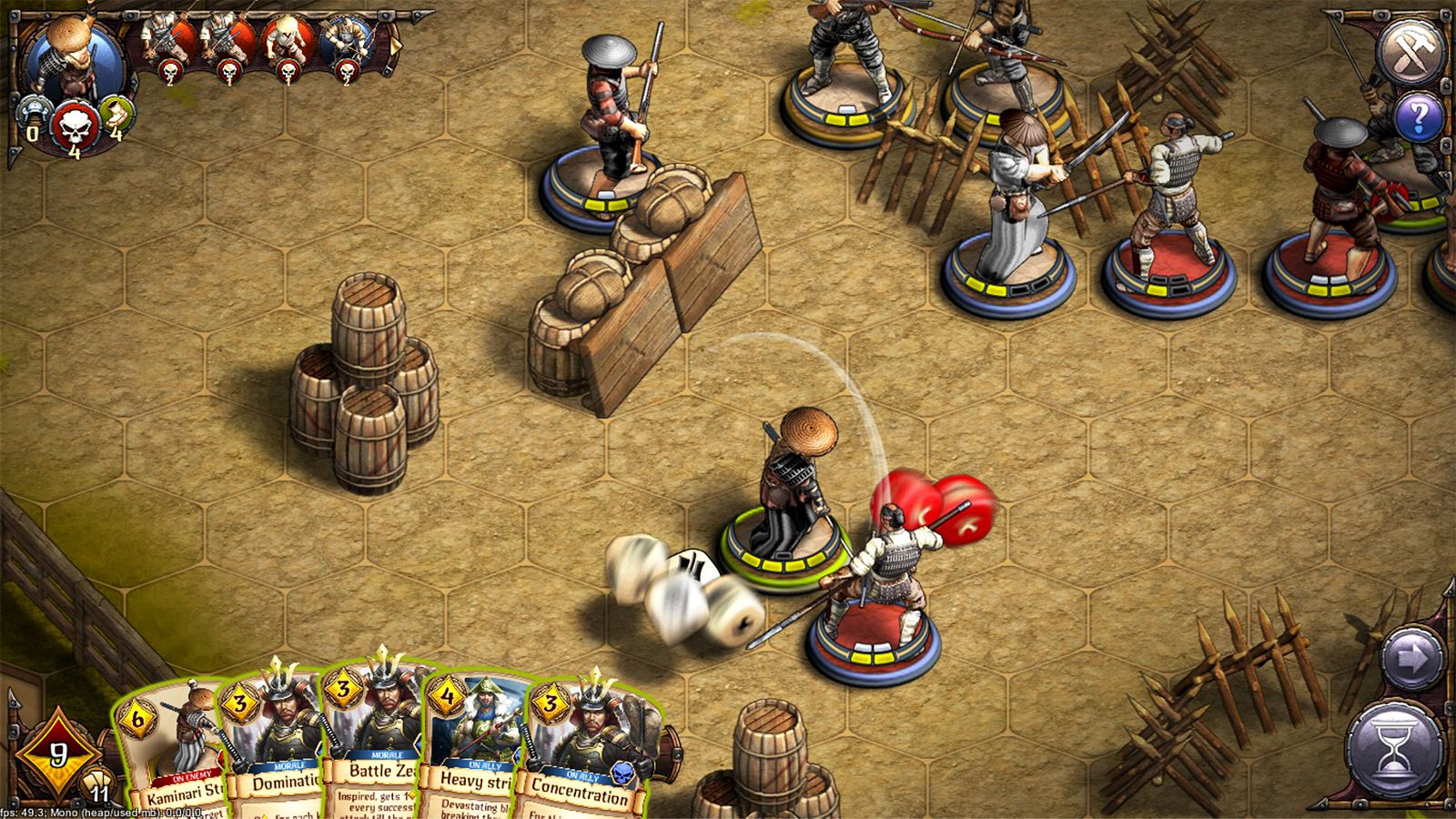 Units have four different stats — Agility, Toughness, Armour, and War Point Cost — and these can be arranged into four colour-coded warbands for different kinds of battle.

These include multiplayer skirmishes against online opponents and single player story mode scenarios. You can spend hours in a full-scale battle scenario, or a few minutes in a hasty dojo skirmish.

Warbands: Bushido is one of the most stylish, imaginative tactical card games we’ve seen in years, and it has the gameplay depth to match its visual flair. Grab it now on PC, Android, or iOS by clicking right here.